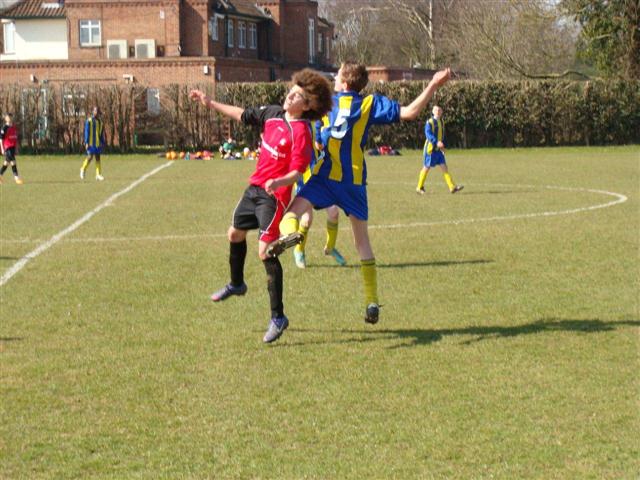 York Schoolboys Under 15s opened their campaign with the traditional home friendly against local rivals Leeds and after a keenly fought contest it was the visitors who took the spoils, 2-0 the final score.

The opening exchanges saw few chances created as both teams battled for midfield supremacy with Leeds possibly shading possession. However, when the breakthrough came it was out of nothing as a 30 yard shot found the top corner giving the York keeper little chance.

York then responded with some good passages of play mainly when Elliot Fenton was on the ball. The midfielder combined well with Jamie Spaven and Adam Wilson and when a deep cross evaded the Leeds defence Spaven was unlucky not to level the scores as his downward header hit the keepers legs and rebounded to safety.

The second half was more open with both teams creating chances. York were first to see sight of goal when the ball fell kindly for Sam Emmot but his curling shot missed the target.

Leeds then killed the game off with ten minutes remaining with another stylish finish from outside the box. York to their credit continued to go forward and when George Brown’s strike from outside the penalty area cannoned back off the crossbar it was definitely not to be their day.