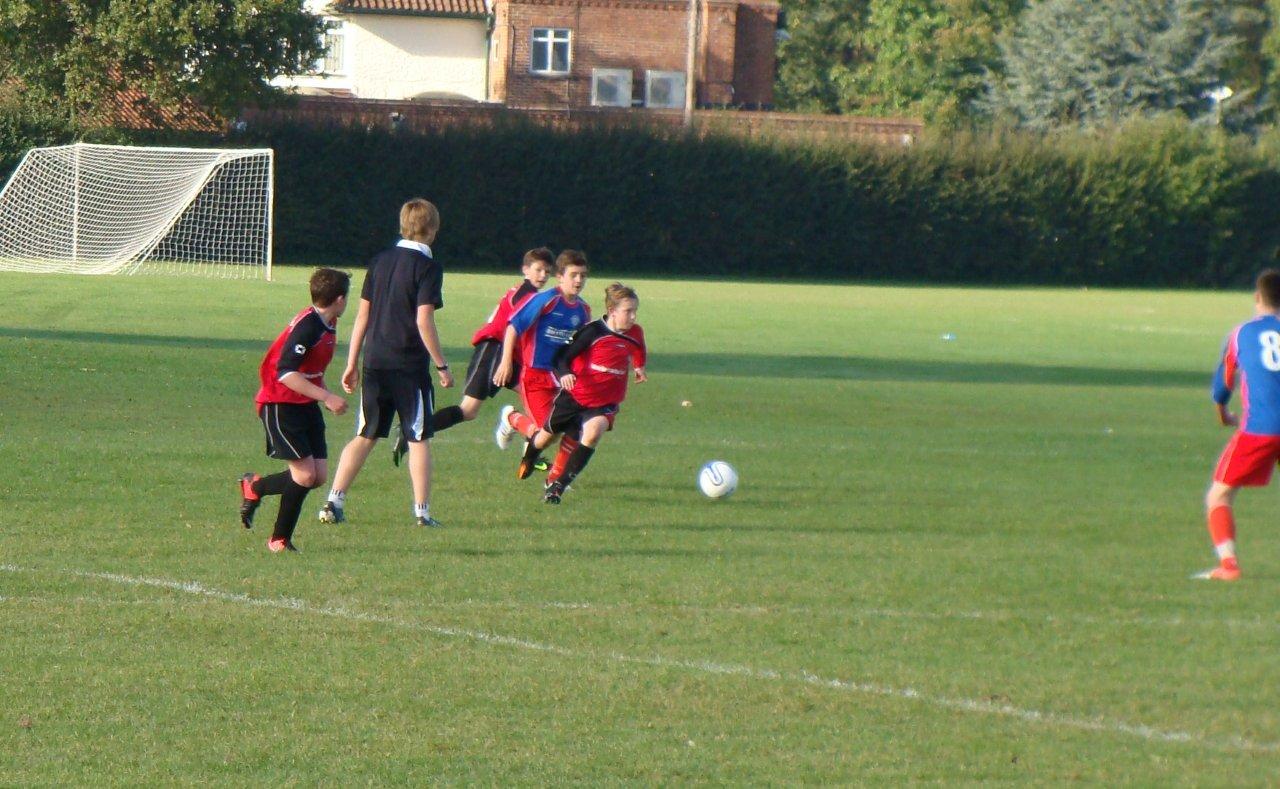 York Schoolboys Under 15s suffered a heavy defeat at Sheffield in their final friendly fixture before the league campaign opens on 2nd November.

The visitors fell behind as early as the third minute when they conceded a soft penalty although keeper Liam Powell deserved better with a brilliant attempt to keep the spot kick out only to see the ball rebound off his hand and back across goal into the opposite corner.

York then had their best spell in the game and were quickly back on level terms when Adam Wilson hit a blistering drive from outside the box that flew low past a static Sheffield keeper to continue his recent hot streak.

York then had a good chance to take the lead and possibly change the course of the game but having missed the opportunity they then conceded two in quick succession before the break.

Sheffield then ran in 3 second half goals and to their credit were full value for the win on the day. Sam Emmot played well at centre half but Jake Humphries was York’s man on the match for a consistent performance at right back.

Today York entertain Hull in round 2 of the English Schools national cup at the YorkUniversity.