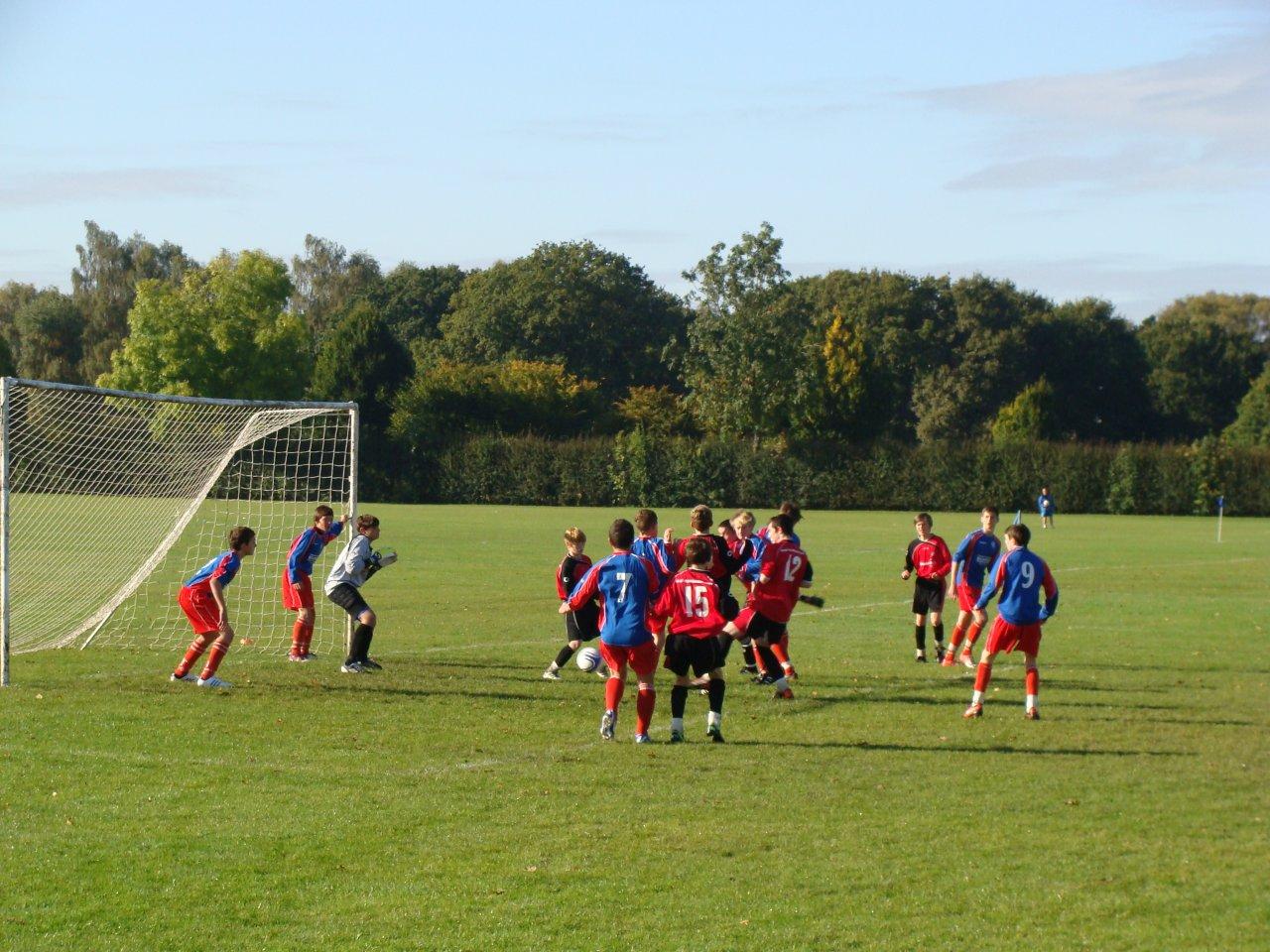 York Schoolboys Under 15s eased through to round 3 of the English Schools FA Cup with a hard fought 2-1 win at home to Hull. Although Hull had the better of the early exchanges it was the home side that opened the scoring on 25 minutes.

A great move down the left involving Elliot Fenton, Adam Wilson and John Carr caused panic in the visitors defence and after a desperate goal line clearance the ball fell to Louis Cade who showed quick feet to evade defenders before drilling a low shot into the back of the net.

York then had chances to extend their lead but some resolute defending kept them at bay. Then, as the half time interval approached Hull equalised with a quality strike that flew into the back of the net from outside the box.

Hull took the game to their hosts from the start of the second period and York had to dig deep but Jake Humphries at right back and Jacob Smith at centre half were commanding performers in withstanding some concerted pressure.

York then took control of the game and in man of the match Luca Colville they had the best player on the pitch. The midfielder impressed throughout and with Niall Smallwood alongside they dominated the central areas.

This paid dividends with 20 minutes remaining when Smith’s free kick into the box was seized on by John Carr who guided the ball past the keeper and into the net. York grew in confidence and could have extended their lead only to find the Hull keeper in top form.

York then saw the game out fairly comfortably although keeper Liam Powell had to produce a trademark piece of sweeping up behind the back four to ensure his team now head into round 3.