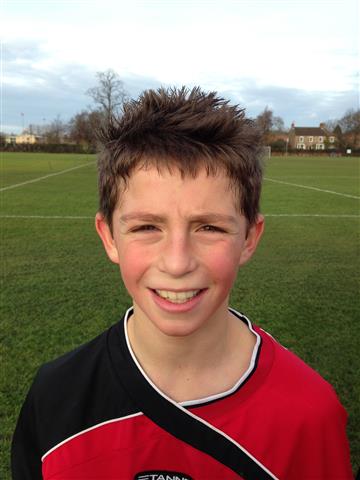 On a pitch which could only be described as desperate and in gale force conditions York had enough quality and spirit to come out on top winning  this friendly fixture 3-2.

Somehow York found a way to move the ball through the mud and played some very neat football with the wind and battled bravely against it. York played with the elements in the first half and created many chances. For twenty minutes they failed to convert them and fell behind to a rare Hambleton break away.

The response was immediate and York used up the remaining fifteen minutes to score three times. First a cool finish from Louie Kirkham, a second when Joe Allerton defied the angle to slide home and a third following a good team move converted from close range by Harry Bissett.

The second period was quite different as blown forward Hambleton pressured the York defence with a series of attacks. They scored one goal and had some half chances but by the end had run out of ideas with York back in control retaining possession and proving a threat.

For York Allerton was a class apart on the ball sliding round defenders in the mud, Alfie Atkinson and Dan Moll put in strong shifts but Ritchie Deighton who took the Man of the Match award for a superb rear guard effort.  This was  a friendly game with no league points at stake, making the efforts put in by the 15 strong squad even more meritorious.