York school boys u12 took the long journey to Sheffield in the league. This would be the second time this season the two teams had collided with York taking the spoils the first time round, when they knocked the Michael dale cup holders out of the cup. the home side were always going to give there all to try and save some pride from the two games.

On a lush green pitch in bright sunshine the game started slightly better for the home team with them making the early chances without really testing the Minster men’s keeper Edgar. On ten minutes with the game evenly matched Oliver Kilvington collected a pass from Harry Tinker inside the centre circle, he turned beat one midfielder and ran at the defence hitting a shot that beat the keeper and was still rising when it hit the underside of the cross bar and flew into the back of the net 0-1.

The Minster men now with a foothold in the game started to play the better football with Taylor Bell having a fine game on the left for York.  On Twenty-five minutes Sheffield were attacking down Yorks right when the ref blew for a free kick at the edge of the box, the attacker still on his feet shot and scored only to have the ref pull him back for the free kick then nothing came from the resulting kick.

The city boys had to work hard to keep hold of the lead with some fine defending by Turbine, Hudson and Tingle.  The game was finally balanced with the away side playing the more fluid football with Will Hollings looking to create at every opportunity, this was made easier with the nonstop running of Lowe, Heath and Humphreys.

Sheffield still creating chances and could have levelled but for a fine one handed save from Todd Edgar in the York goal.  As the game entered the final third Sheffield threw everything at the Minster men and when Yorks defender Roughly went off with a dead leg the home team started to believe they could get something out of the game, this belief didn’t last long when Humphreys latched on to a ball that was loose in the six-yard box which he made no mistake slotting home to give the Minster men some richly deserved breathing space 0-2.

Five minutes later just like buses as one comes along so does another, Humphreys this time putting the ball in from two yards from a long throw from Ben Hudson, the keeper should have done a lot better with.0-3.

The home side now looked beaten, and with York in control of the game it wasn’t long before the city boys had their fourth from a fine passing move from one end of the pitch to the other Elliott Heath finished a fine move with a cracking left foot volley that left the keeper stranded.

York finished the game in style with Sheffield chasing shadows, this game was exactly what York needed a tough physical encounter to take them into the Michael Dale cup final next week. 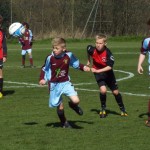 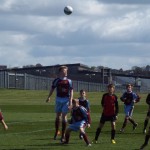 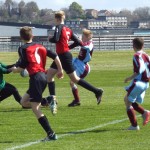 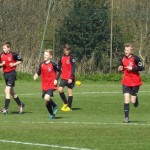 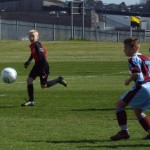