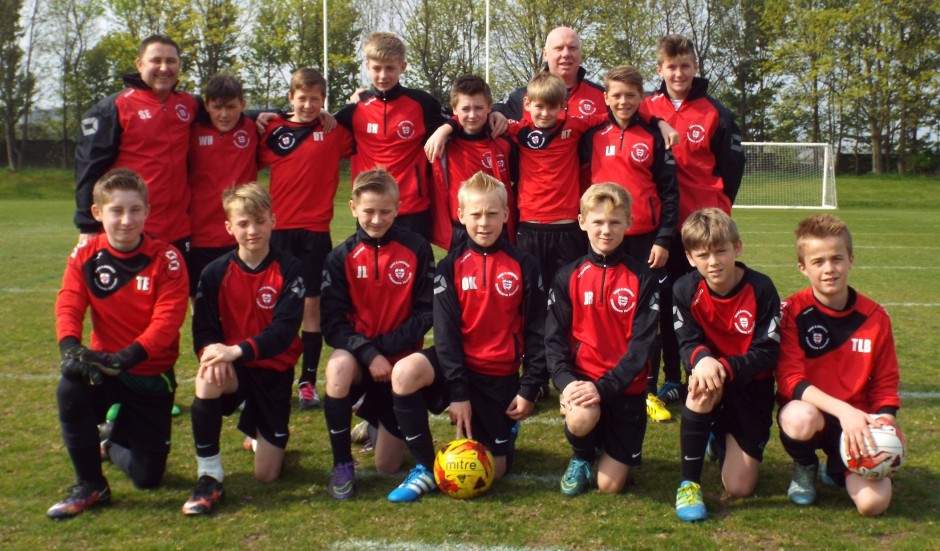 York school boys u12 last game of the season was in the final of the Michael Dale trophy, which was held in Sheffield this year.

This was the third encounter of the season for the two teams with York having slightly the better of the previous two games, wining one and drawing one.  This was always going to be a very difficult game for the city boys as Nottingham are a very big physical team.

The game started on an even footing with both teams giving nothing away and with the temperature rising it wasn’t the day to be chasing the game, with ten minutes gone Harry Tinker brought down a Nottingham player on the edge of the box to give the opposition their first real chance of the game.

York keeper Edgar set up a two man wall with everyone else inside the box, the free kick was hit with power and accuracy and Edgar was unlucky not to get a hand to the ball flying into the top corner 1-0 to Nottingham.

Nottingham may of had their noses in front but York were still in the game and ten minutes later Elliott Heath brought down a ball on the edge of the Nottingham box he turned and hit a volley that left the Notts keeper stranded 1-1 York were back in the game.

The Minster men were now having their best spell of the game, Taylor Bell was causing problems every time he got on the ball which resulted in the Nottingham defence bringing him down wide on the left wing.

Oliver Kilvington took the free kick putting the ball on the head of Yorks big centre half Ben Hudson who headed just over, York now with a renewed sense of confidence were taking the game to Nottingham, Yorks top scorer Lewis Humphreys was looking to run at the heart of the Notts defence at every opportunity and it wasn’t long before he to was brought down midway in the Nottingham half, this time the free kick was more central with a four man wall in place Kilvington stepped up and curled the ball round the wall and into the top corner of the open net the Notts keeper left looking on 1-2.

At this point in the game York were comfortable and looking to increase their lead. Bell received the ball wide on the left and was hit by a crunching tackle that left him laid clutching his ankle on the touch line, the ref giving a throw in to Nottingham to the disbelief of the York bench.

Bell had to be replaced, from the throw in the ball found its way to Nottingham’s big striker who coolly lobbed the Minster men’s keeper.2-2.

In what seemed only seconds later from a long clearance from the Notts keeper the ball was in the back of the York net again this time from a flick on that caught the defence napping.3-2.

The next ten minutes were to be the worst period of the whole season for the Minster men with Nottingham going route one at the heart of the defence three more unanswered goals were to follow.6-2.

York steadied the ship with ten minutes to go Jack Lowe ran tirelessly as did Harry Tinker.  Taylor Bell came back on but to no avail.

Isaac Meehan had one of his best games in the York colours.  The game finished with the Minster men working hard to try and get back in the game but it wasn’t to be their day. Nottingham had won the Michael Dale trophy. 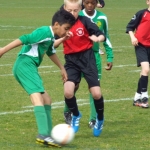 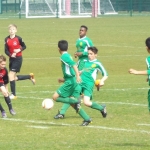 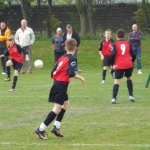 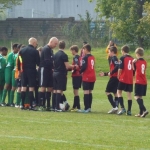 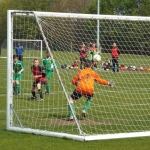 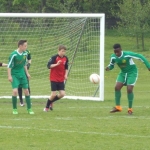 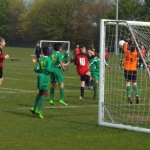 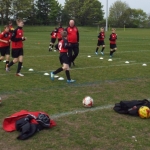 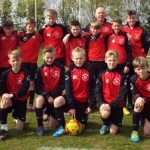