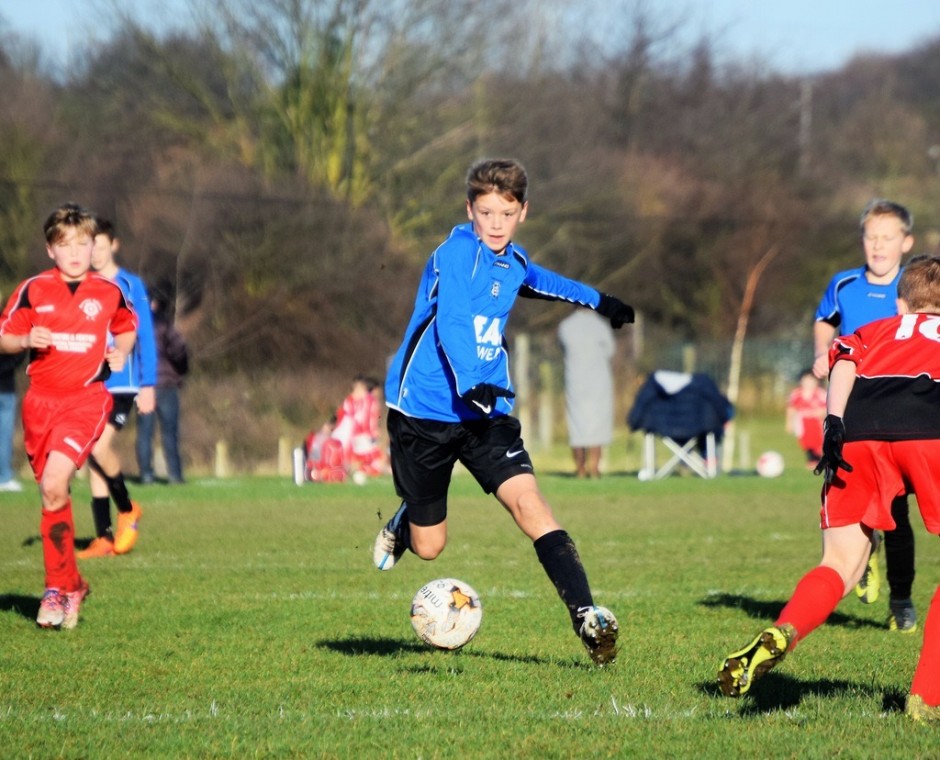 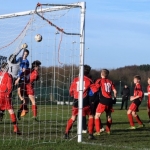 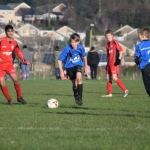 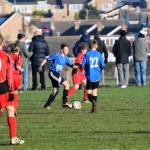 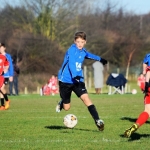 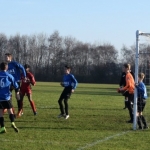 York Schoolboys u13 last game of the year took the schoolboys into South Yorkshire to play Barnsley in a friendly.

Barnsley started strongly with a team that had a massive height advantage over the away side.

The game was only five minutes old when a Barnsley striker broke a challenge on the half way line and burst though into the box straight at the York keeper, Toby Warren who at this point hadn’t touched the ball yet.  The Barnsley forward slotting the ball into the far corner 1-0.

If this early goal was a set back then five minutes later when again the home side broke with the same outcome, this time Warren did get a hand to the ball but was unable to stop it crossing the line 2-0.

The city boys looked a little shell shocked being two nil down after 15 minutes, but to their credit they didn’t crumble and set about trying to get back into the game Lewis Humphreys and Eliott Heath both leading from the front.  As the city boys settled into the match they took the game to the home side Taylor Bell was his usual energetic self, creating chances every time he got on the ball.

The match was now very even with a midfield battle at the heart of the game York were certainly holding their own in this department with battling performances from Jackson Cowl, Harry Tinker and Oliver Kilvington.

By half time, York were slowly getting on top but still had nothing to show for all their efforts, Elliot Rayner working hard down the right and defensively Dan Tingle, Ben Pearson and Joe Roughley worked tirelessly to keep Barnsley at bay.

The second half followed in the same vain as at first both teams worked hard to create any form of chance, both defences having the upper hand, Ben Hudson for York was having a fine game at the centre of defence.

Will Hollings at the centre of midfield was driving the away side forward with passes that had the Barnsley midfield at full stretch, Eliott Heath having a couple of long range efforts that kept the keeper busy but not really troubling him.  Elliot Rayner and Oliver Kilvington both having free kicks that came to nothing, a Taylor Bell cross beat everyone running along the goal line that nobody could get on the end of and was put out for a corner.

With ten minutes to go York went to three upfront sending Ben Hudson forward trying to capitalise on his height.  Todd Edgar in the York goal was the quieter of the two keepers but still had to be on his toes with the home side now playing on the break.

The York boys finished the game on the front foot with Hudson making a nuisance of himself, but it wasn’t to be the two early goals for Barnsley being the difference at the end of the game 2-0.