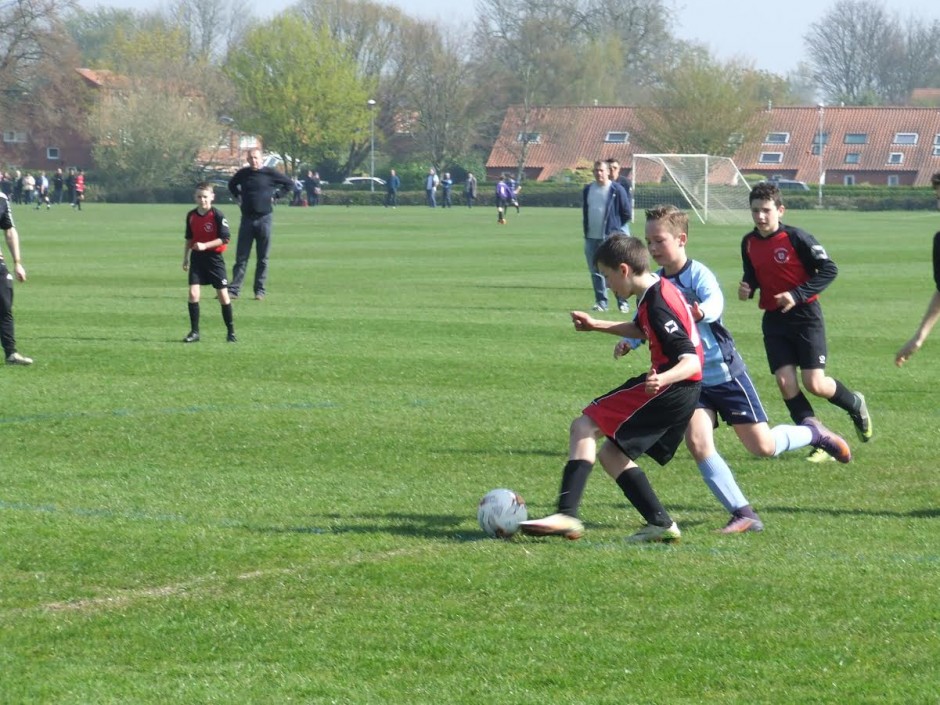 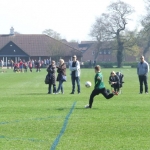 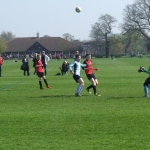 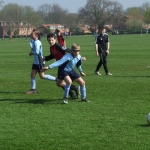 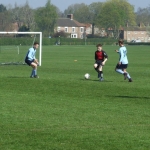 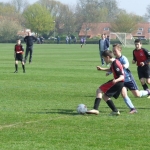 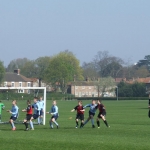 With disappointing results of late, York needed a win to lift their spirits and finish their season with a victory. This well deserved victory was worth the wait. York were dominant from the first whistle pressing high into the Spen half. It wasn’t long before Tommy Cahill made his mark and cutting into the penalty area with pace, proving too quick for the Spen defender who brought him down. Penalty to York. Up stepped Kaiden Butler and slotted it past the Spen keeper. 1-0 York.

It was a relatively quiet day for the York number one Noah Ellis, due to the well organized solid defense of Matty Dawes, Will Hotson and Tom Coy.

Still on the front foot and in control, York were creating the better chances through the hard working midfielders of Oliver Tarbitt, Ellis Cattaneo and Tom Algar.

The hosts were then dealt a blow as captain Ellis Cattaneo was withdrawn with what looked like a serious injury, but thankfully no A&E visit was necessary.

A well worked pass from Tarbit found Cahill on the right, who drove the ball into the penalty area, finding Cole Gales who composed himself and placed it to the side of the Spen keeper. 2-0  .

There should have been no way back for Spen but due to the high pressing tactics, York were caught napping and a goal from a counter attack brought the visitors back into the game 2-1.

In this final 20, York began to dominate the game once more. Concentration taking hold, they were determined this last match was ending in victory.

Butler causing havoc and frustration to the Spen defense firing in the perfect ball for Cahill to get his deserved goal. 3-1.

After a well earned rest Dillan Meehan was given the role of center forward and within minutes of returning back onto the pitch, he was scoring York’s fourth and final goal of the U 12’s season sealing the victory.

MOTM – The squad for a great all round, end of season team performance. Well done boys.