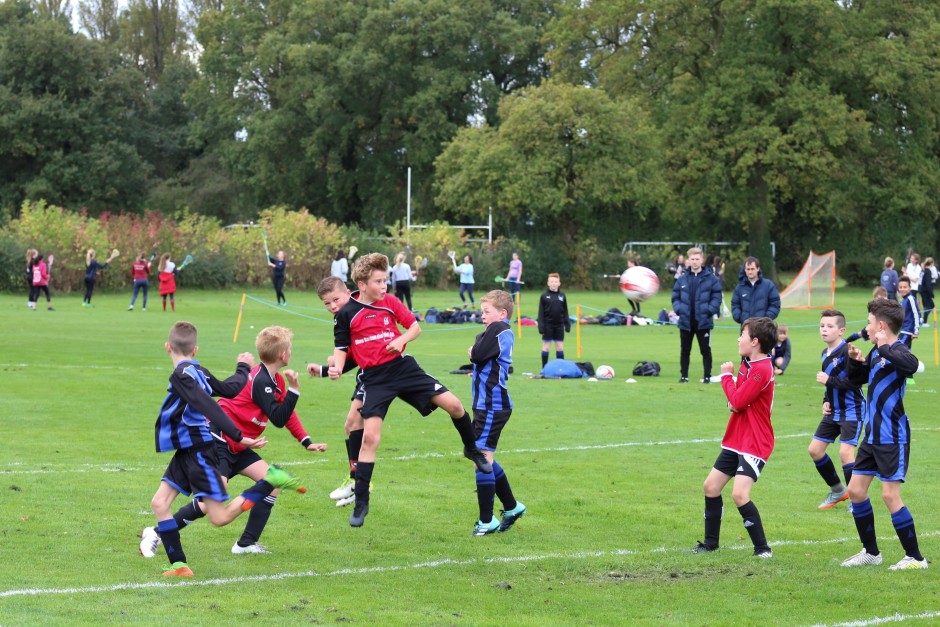 York Schoolboys U11s have enjoyed a very successful pre-season creating a lot of positive momentum, they were aiming to take this forward into their first league game last Saturday against East Riding.

Fifteen minutes into the encounter both teams looked equally matched with no clear cut chances presented to either.

On the 18 minute mark Charlie Thompson edged York in front with a driven strike into the bottom right hand corner. York followed this with three more quick fire goals scored by James Rennocks, Alex Widdup and another for Thompson.

In the second twenty minute period both teams got themselves a goal apiece. York’s fifth came first, and it was a hat-trick goal for Thompson who was a real attacking threat for York all game. East Riding replied and got themselves on the scoreboard with a sweet strike that flew into the bottom corner of York’s goal.

At 5-1 York weren’t willing to let up on the opposition recognising that there could be more goals left in the game for them. This became true when Widdup, Berriman and Rennocks all grabbed themselves a goal in the final 15 minutes of the game.

Overall York’s coaches were very pleased with the victory and the performance from the team. However, they acknowledged that there is still plenty of work to do in order for this team to remain successful throughout the season.

They travel to Barnsley next week for their second league fixture and are hoping for another positive performance.