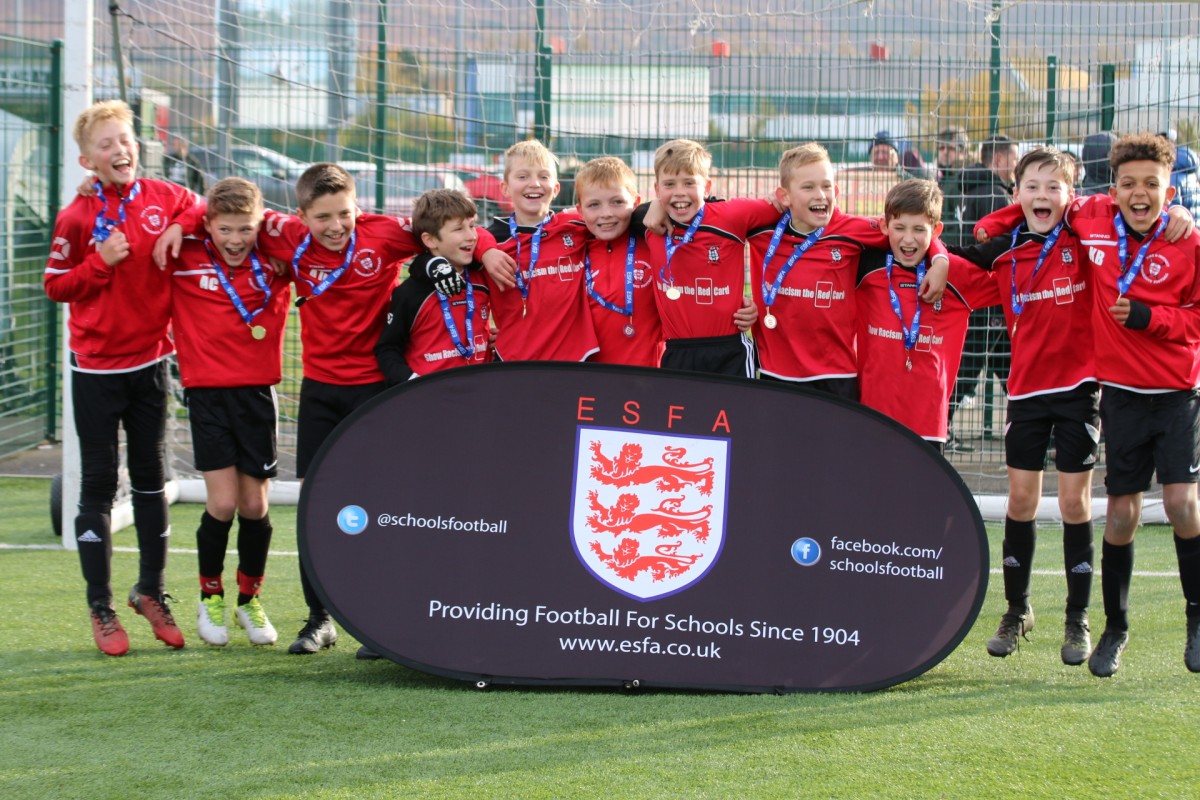 York found themselves drawn in a group with Washington, Leeds, Chester le Street and Darlington.

Their first encounter resulted in a 0-0 draw with Washington schools. Although the game finished goalless York did perform positively and this game provided them with some belief. York then faced their Yorkshire rivals Leeds schools. They ran out winners in this one 1-0, Leo Berriman’s wonderful left footed strike from outside the box sailed into the top corner.

York’s next opponents were Chester Le Street, York spent much of this game attacking but left it until the last minute to score the game winning goal. Arthur Jefferson-Hallet delivered a fine cross from the right hand side and Alex Widdup calmly slotted the ball home. Going into their final group game against Darlington, York required a draw to reach the final.

Early on Darlington got in behind York’s defensive line and if it were not for an outstanding bit of goalkeeping by Jack Yates York would have been a goal to the deficit. York grew into the game and with 5 minutes left were awarded a free kick within shooting distance of the Darlington goal. Captain Charlie Thompson stepped up and expertly bent the ball over the wall and into the top right hand corner. York then saw the game out and took a third group victory which meant they were the group winner and qualified for the final against the other group winner East Northumberland schools.

Both teams went into the final with confidence but it was East Northumberland who took the lead with a powerful long distance strike. York were not deterred by this and equalised within a couple of minutes. James Rennocks showed great individual ability to cut in from the left hand side and smash the ball across the keeper into the top right hand corner.

At 1-1 York maintained their pressure in the East Northumberland half but their final ball didn’t seem to be quite good enough. York were then given a corner with 2 minutes to play. Thompson delivered and Luke Woodhead got a goal bound volley away which ricocheted around in the box until it fell to Alex Widdup, who poked the ball home. York won the final 2-1 and were crowned champions of North East England.

They now qualify for the Premier League District cup finals which take place in June at Liverpool Academy.