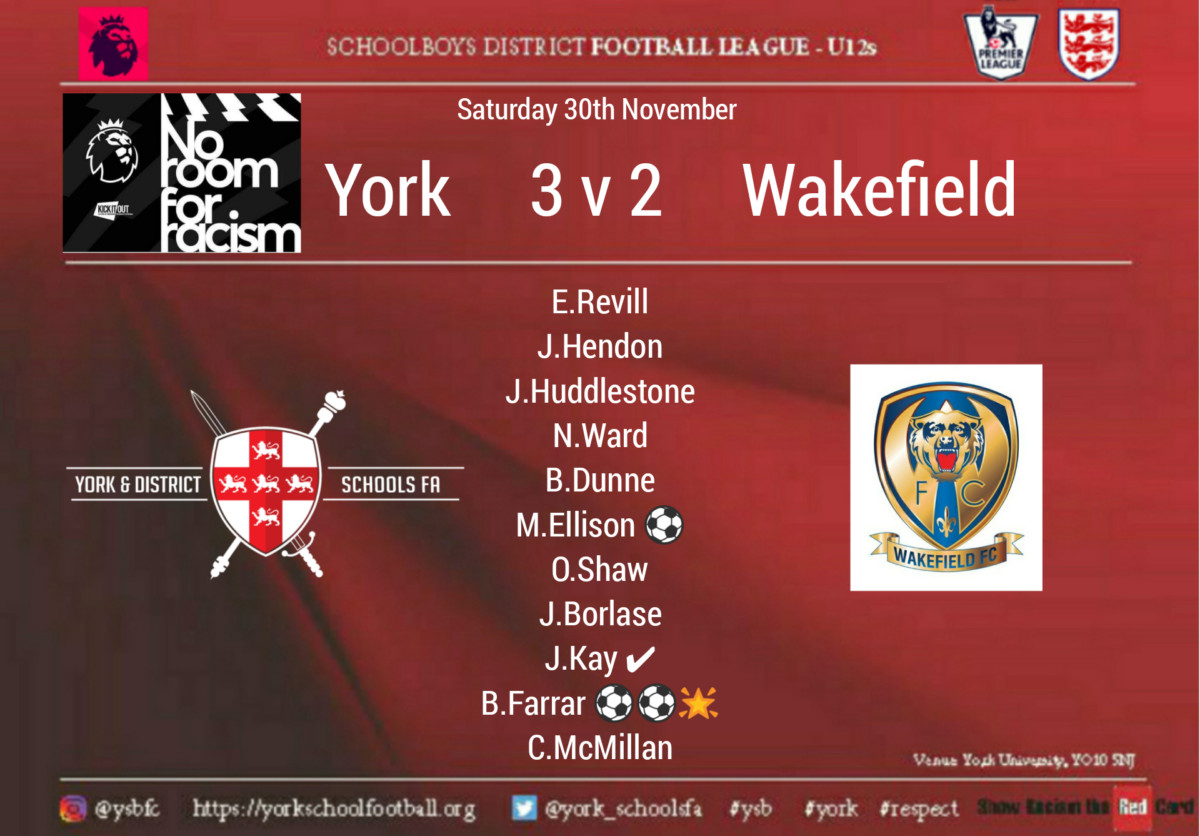 The first frost of the season nearly saw this league match not take place. After a couple of delayed starts to allow the sun to thaw away the top layer, the game was underway.

York were off to a great start, within 2 minutes. Ben Farrar latching onto a ball and running through to slot the ball past the Wakefield keeper.

A good 10-minute spell from York at the beginning of the match saw us camping in the Wakefield half. Matty Ellison took control of the ball on the edge of the Wakefield area, and before he could get his shot away, he was brought down. Free kick…. Matty Ellison stood up to take the free kick and with Beckham like accuracy he drilled the ball into the corner. 2-0 after 10 minutes and things going our way.

Did we take our foot of the gas or did Wakefield then wake up? Either way, Wakefield got more and more of the ball and were creating chances. They broke through after about 20 minutes as the ball landed kindly from a mishap on the York goal line. From 3 yards out Wakefield were back in the game. 2-1.

Wakefield kept pushing and pushing and not long after they were right back in this game. A cross from the left that made its way low level into the box was finished from within the 6-yard box. 2-2.

Half time (Needed by York).

Back out in the second half and York started like they did the first half. Within 3 minutes Jamie Kay played a through ball for Ben Farrar to run onto and finish going under the keeper. York back in front, 3-2.

This game was tight all the way. York creating chances and then defending as Wakefield went on the attack. Wakefield were pushing strong at the end and the full-time whistle came in time for York to hang on for the victory. 3-2.

A very close game and some great determination shown by the visitors. Well done to both teams.