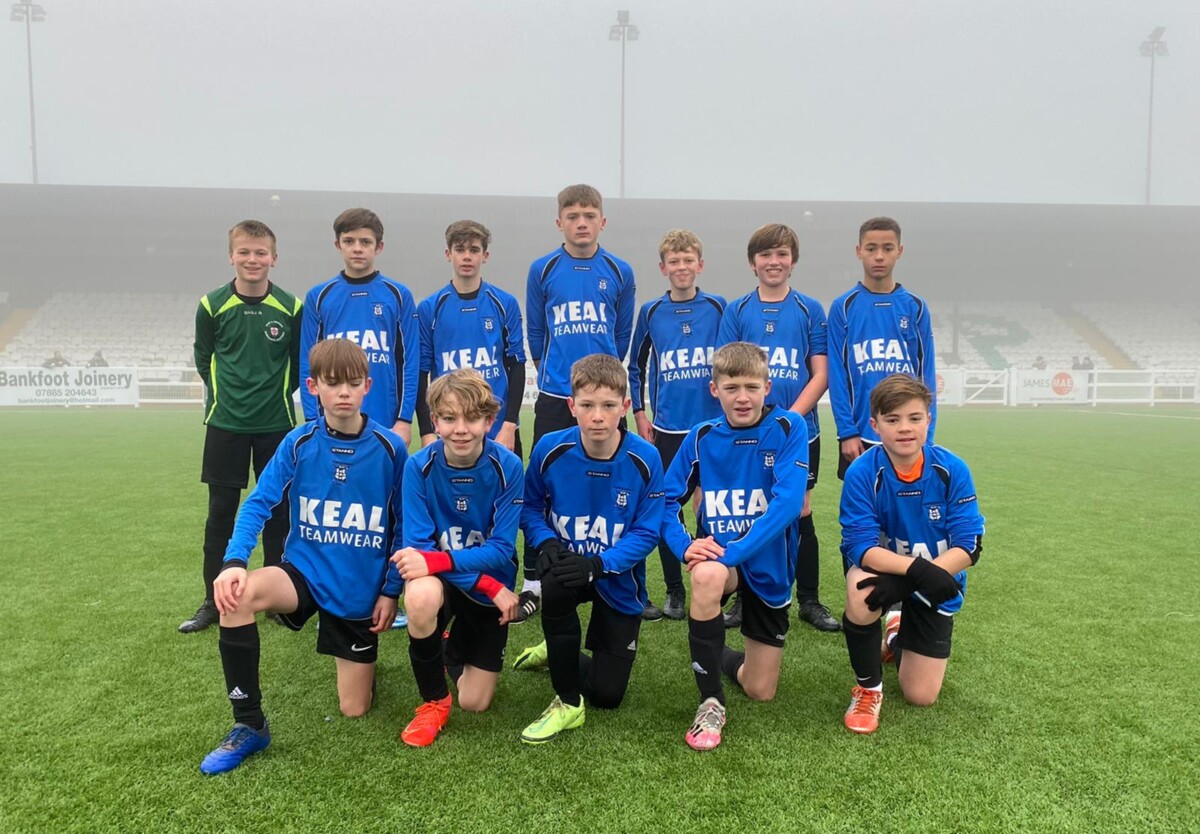 A welcome return to league action after almost a month saw the York & District u13 Schoolboys travel across to Bradford to the Bradford Park Avenue stadium on a foggy and cold winter’s morning. The venue was a great setting for what was a very good game of football that belied the score line of 5-2 in favour of the host side.

This was some of the best football the York boys have played so far this season, but their defensive frailties are still there that cost them the game. It was a very evenly matched game despite the final score and York will feel disappointed they were not ahead on the scoreboard at halftime spurning a number of chances when well on top in the game.

The opening minutes belonged to Bradford as York failed to clear their lines, they capitalised on missed clearances and indecisiveness at the back to score the first goal of the game. Straight from the re-start York settled down and began to dominate. Miles Merer, Harry Clarkson and Micah Douglas controlled possession in midfield, shifting the ball side to side while probing for the right pass. On the wings Oliver Boast and Ewan Daly were creating havoc and caused a number of goalscoring opportunities with Boast going close hitting the post. Olaf Gorczyczweski playing up front through the middle, unleashed a great shot that also hit the post. The goal felt like it was coming, and it wasn’t long before Edward Shakeshaft scored with a looping shot within minutes of his introduction to give York a fully deserved equaliser. Boast continued to terrorise the Bradford defence with the midfield trio of Douglas, Merer and Clarkson playing a number of incisive through balls to split their defence. After their shaky start the York defence regained their composure and were well on top as Bradford rarely threatened. With Ben Alder in goal quick off his line and distributing the ball well, both full backs Lucas Matthews and Ewan Waddington had excellent games, winning tackles and linking up well with their teammates on their respective wings. In central defence, Harley Waddington was commanding and Charlie Goodwin’s pace and reading of the game meant that York were always on the front foot. York didn’t want the first half to end the way they were playing but end it did at 1-1.

After the re-start Bradford changed their shape to 2 up front and that started to pay off putting the York defence under more pressure. Hesitation again at the back allowed Bradford in for their 2nd goal. York had to dust themselves down and go again, which they did putting pressure back on the Bradford defence. Douglas dropped his shoulder to create space and jinked his way into the box, forcing a great save from the Bradford keeper. But the more York pushed, the more they left themselves exposed at the back and were caught again to go 3-1 down. An excellent run down the left and cross from Boast went begging as Daly couldn’t get on the end of it. But shortly afterwards Boast scored an excellent freekick to make it 3-2 with 20 minutes to go and the game was well and truly on. However, it was Bradford who finished the stronger when more hesitancy in the York goalmouth from a corner resulted in a goal and then a defensive mix up with a short goal kick sealed the win for Bradford.

It was a disappointing end to the game and not what York deserved for some of the excellent football they played, but football can be cruel sometimes. Lots of positives to take into the new year, but lessons to be learned to stop the goals.