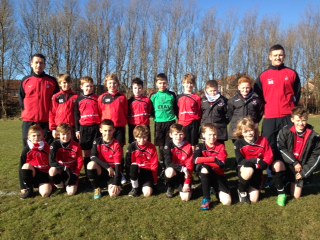 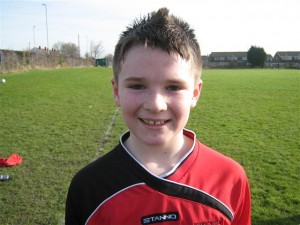 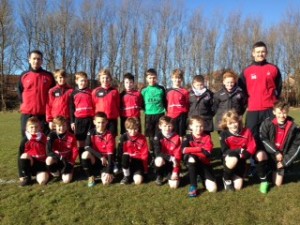 York started their North Tyneside Festival with a 2-1 narrow defeat to St Albans with all sixteen players of the squad getting game time under their belts.

York started the brighter of the two teams with Charlie Ward making some driving runs down the right flank. After ten minutes York broke the deadlock. Dom Jackson headed a half clearance back into the area where Charlie Cresswell cushioned the ball to tee up man of the match Dan Allinson, whose delightful half volley soared over the keeper’s head to put York 1-0 up.  York continued to probe with some good crosses however the opposition keeper’s handling was impeccable.  Nevertheless York looked the likelier of the two sides to take advantage through their dominance in play. However midway through the first half St Albans scored two goals in two minutes which seemed to come from nowhere. The first was a brave headed clearance by Allinson which unfortunately looped over Aaron Burn into the net. There was nothing fortunate about the second goal which was a thunderous freekick from thirty yards which flew into the top corner giving Burn no chance.

York rallied in the second half and maintained their dominance in possession. A Dom Jackson corner headed by Charlie Ward was cleared off the line whilst Oliver Smith was proving to be a menace to the St Alban’s defence. Robbie Simpson put in some fantastic deliveries from the left wing which created some half chances. One further chance could have put York on level terms, Cresswell slipping Jackson through and the ball sat up for Joe Crosby whose good connection went marginally over the bar. St Albans were dangerous on the counter attack as the game became more open, Jake Rhodes and James Hansen mopped up any threats and the big number 6 almost made it 3-1 hitting the post from close range and Burn making a good save with his feet.

All in all York can count themselves unlucky to come out of the first game with nothing and will no doubt pick themselves up for their next game tomorrow against Potters Bar.