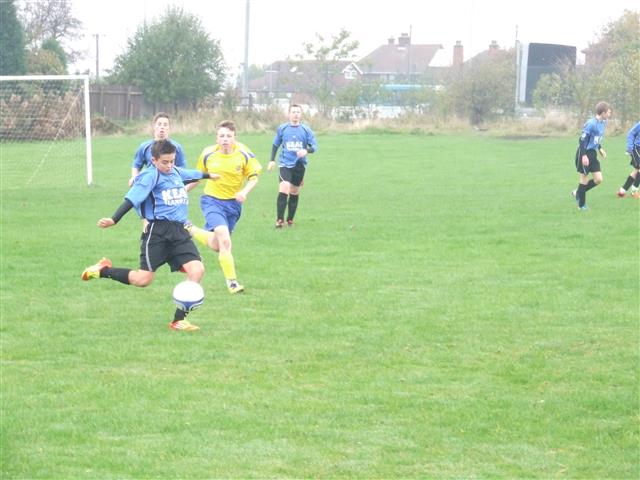 York Schoolboys U14’s, league season kicked off with an excellent 3-0 away win over local rivals Leeds.

Playing on an extreme sloping pitch and with a tricky wind to contend with also, both sides in the early stages, found it hard to master the conditions. It was York playing down the slope in the 1st half who struck the first blow, when from a fine passing movement down the right saw an Eddie Greenhill cross find it’s way to Dan Davison who slotted past the home ‘keeper. Shortly after York went 2 up when from a Man of the Match Zac Lawrence corner, Davison at the far post hit the ball high into the net after neat control on his chest. At this point Leeds started to gain a strong hold on the game, with York backing off and allowing space for Leeds to play quick one-two’s through midfield, however York defenders Barber, Kemp and Kilvington made some fine cover tackles, making sure Leeds had no clear shots on the York goal and they safely played out the remainder of the half. 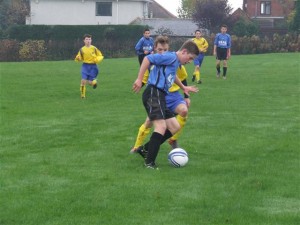 With Leeds now having the benefit of the slope and aided by the wind, York ‘keeper Adam Precious was drawn into 2 early smart saves in quick succession. Gradually York countered with Lawrence providing vital surging runs to relieve the pressure, and with Charlie Marshall and Lucas Hindle in midfield gaining the upper hand, York started to create opportunities via Greenhill and Lawrence. York’s midfield and Defence were now closing the home team down very quickly restricting their chances, and due to this pressure York went 3 up when from a fine Alex McMillan pass, Greenhill turned the defender inside the box and shot past the advancing ‘keeper. York saw out the rest of the game to record a 3-0 win, considering the pitch and the windy conditions, this was a very good all round squad performance.