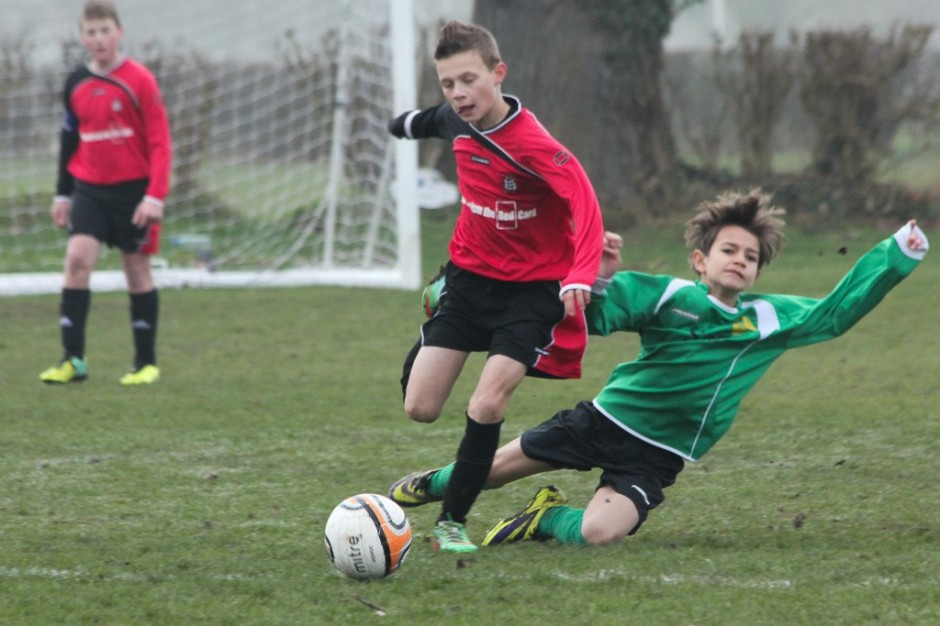 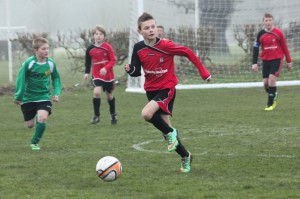 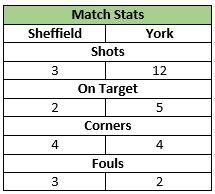 York U11 Schoolboys returned to league action with a trip to Sheffield coming away with a great 1-2 win courtesy of a Will Jarvis brace.

In blustery conditions both team struggled to control the ball in the early exchanges with Tom Eaton, Alfie Evans and Liam White holding firm as York battled against the wind. The midfield trio of Elliot Oliver, Jimmy Gore and Alex Kemp worked hard down the flanks and centre against a well drilled Sheffield side.  Chances were limited until the eighth minute when Luke Jones supplied a pin point ball over the top of the Sheffield defence for Will Jarvis who beating the Sheffield defence brought the ball under control and calmly lobbed the on-rushing Sheffield keeper from 15 yards making it 0-1.

Both teams were finding it difficult to play in the conditions and the cross field slope of the pitch when a run into the penalty area by the Sheffield attack was awarded a soft penalty for an adjudged handball.  The resulting spot kick was coolly put away sending Nathan Storr the wrong way making it 1-1.

Sheffield had the bit between their teeth and a fine save by Nathan Storr stopped them from taking the lead before a great run down the left wing from Alex Kemp saw York win their first corner with Alex Kemp whipping the ball to the near post and Luke Jones’s resulting header narrowly going over the bar.

A double substitution at the start of the second period saw some great defending by Simeon Hopkinson releasing Bankole Claudius-Cole down the right wing running at the Sheffield defence, whipping in a great cross that was met by Will Jarvis who was unlucky to see his header hit the inside of the post roll along the line and away to safety. York were now taking control of the game with attempts from Elliot Oliver, Will Jarvis and Luke Jones, before some great midfield work from Elliot Oliver and Jimmy Gore saw Jimmy put a great ball through to Will Jarvis who finished with a stunning strike, putting the ball out reach of the diving Sheffield keeper making it 2-1 going into the end of the second period.

York started the third period with a great run dribbling run to the bye line saw Will Jarvis pull the ball back for the on-rushing Bankole Claudius-Cole who unluckily saw his shot hit the outside of the post. With Alfie Evans, Simeon Hopkinson and Liam White in containing the Sheffield attacks, further attempts on target from Will Jarvis and Luke Jones could not add to York’s tally making the final score 1-2.