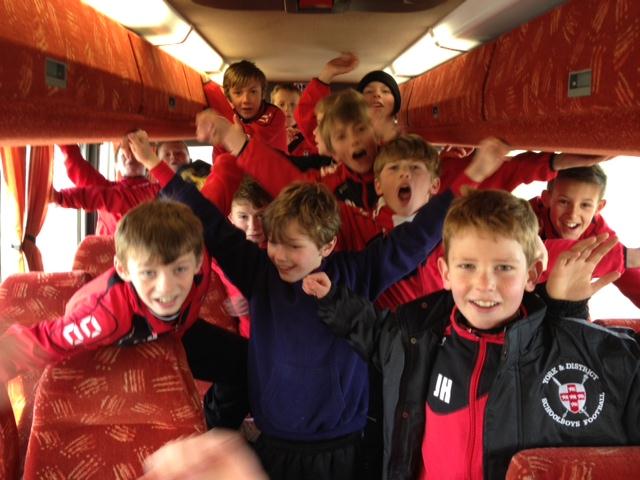 York Under 12 schoolboys showed great spirit coming away from South Nottingham with a hard earned 3-1 victory.

After arriving late due to traffic and with a bare 11 players due to injury and withdrawal the odds were stacked against York. Despite all the pre-match chaos York ironically started the game very well playing against a strong wind York began to open up the opposition with good runs from both Oliver Smith and Joseph Hobson creating half chances for both Joe Crosby and Charlie King the latter of which crashed against the crossbar but was deemed not over the line by the referee.

York however now fell to the sucker punch when Nottingham broke away and with what seemed like their first real attack and scored when a long range effort deflected in off the post past York keeper Harry Griffiths, 1-o down York fought hard not to go further behind with central midfielders James Hanson and Dominic Jackson controlling the midfield.

Half-time and despite creating more chances York were trailing but in the second half York’s dominance finally started to pay off especially with the wind at their backs. Charlie King got the equaliser for York with a long range effort which also required the post to deflect into the net.

1-1 and York took full control five minutes later when a fine corner from Lucas Frankish was met by Dominic Jackson at the near post to make it 2-1 York.