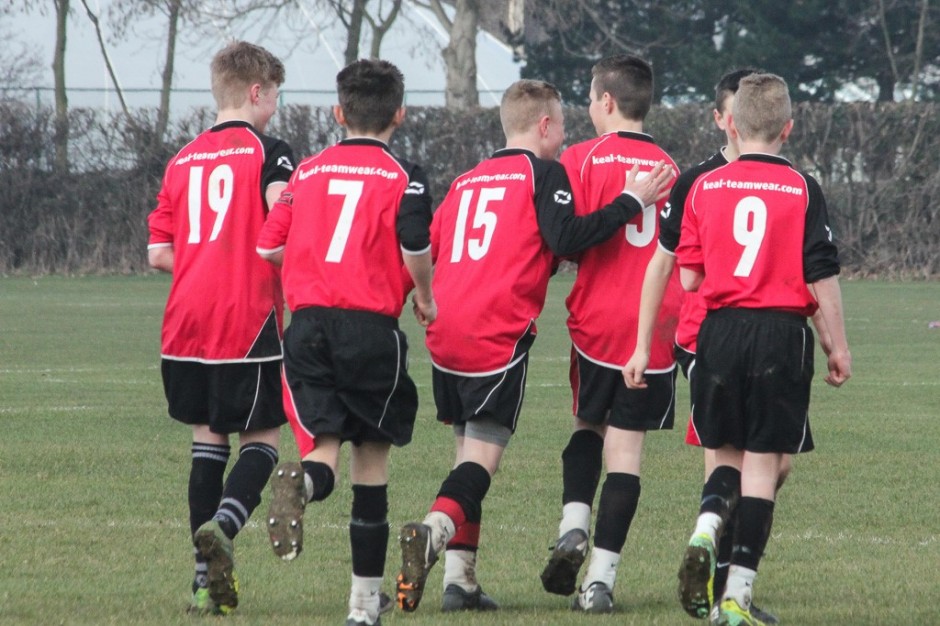 York Schoolboys U13s continued their good league form with a 3-1 win over a big Nottingham team.

Out-muscled but not outplayed York deserved their win and scored three very good goals to achieve it.  York dominated the early exchanges but the final ball repeatedly lacked quality until Alfie Atkinson found an inch perfect cross for Jack Atkinson to tap home.

Nottingham had their moments in the first half but Cameron Billham was secure in goal and had Jamie O’Connell to provide the protection in front of him.
York added two more in the second half, the first a stunning long range effort from Ben Buck and the second a precision finish from Dan Moll.

Seeking further glory York over committed in the closing stages and Nottingham scored a late consolation on the break. For York Alfie Atkinson was industrious in the middle and Cai Gallimore assured in defence but it was the left side partnership of Jack Leeming and Joseph Allerton who shared the Man of the Match award. No game this weekend but York resume league action with a trip to South Nottinghamshire on 15th March.