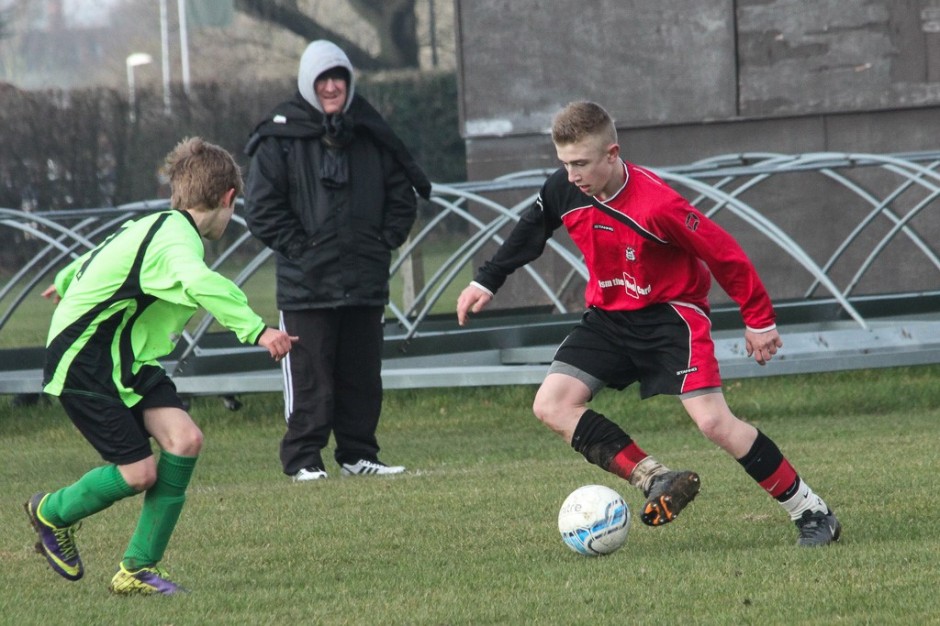 York Schoolboys U13s came out on the right side of a twelve goal thriller winning this league game by a margin of 8-4.

With the squad stretched through injury and York City commitments the Schoolboys only had 12 on duty and a big thanks to Liam from Rawcliffe for coming in and doing so well.

The first half was a chapter of accidents at both ends with a goal after 30 seconds from Moll a dog on the pitch and York conceding twice in the last minute of the half to a miskick clearance and then a penalty. After all this York were 4-3 down at the break with the Moll goal being added to by Alfie Atkinson and Jacob Little.

Much better in the second half as the play developed some pattern and fortunately this pattern saw York dominating. They took control of the mid-field shut the door at the back and took four of the many chances created to run out comfortable winners. Atkinson and Moll added a second each while Jack Atkinson completed a second half hat-trick. In the end a good performance and a nice boost following recent defeats at Sheffield and Hull.