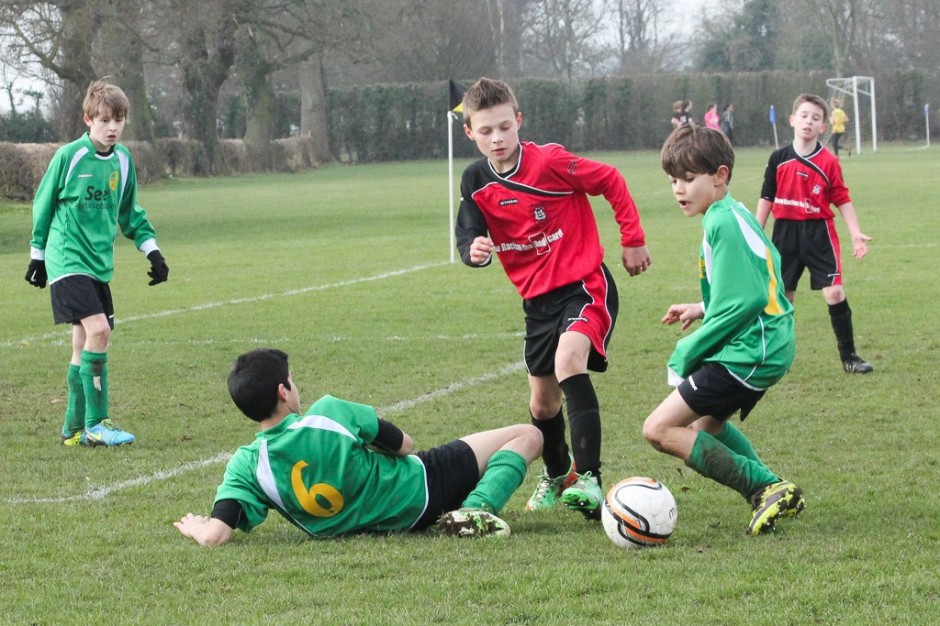 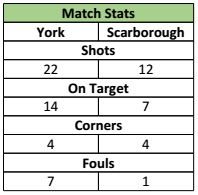 York U12 Schoolboys started their competitive games of the season with a home tie in the first round of the Michael Dale Trophy at home to Scarborough.

The away side started the brighter of the two sides, having the upper hand in the early exchanges with York struggling to find their rhythm. A free kick was awarded to Scarborough in the 7th minute on the left hand edge of the penalty area. York keeper Adam Hunter was unsighted by the Scarborough forward as the ball unluckily managed to find its way into the back of the net making it 0-1 to Scarborough.
This woke up the York players and they responded well and started to take control of the game when Will Jarvis running at the Scarborough defence down the left cut it back for Elliot Oliver to restore parity with a side footed shot within two minutes.  With the midfield of Josh Hall, Luke Jones, Elliot Oliver and Declan Racher now linking up well it was Josh Hall causing havoc down the right that led to York’s second goal with a right wing cross that Will Jarvis smoothly fired into the back of the net to put York 2-1 up.

The defensive trio of Simeon Hopkinson, Alfie Evans and Alex Kemp had to be alert as Scarborough searched for an equaliser before the break as the games balance of power switched between the two sides, each taken its turn to soak up the pressure before dominating for short spells. A great save by Adam Hunter kept York in front whilst Luke Jones, Josh hall and Declan Racher all found the Scarborough keeper in top form and Will Jarvis was unlucky not to get on the end of a Luke Jones free kick that saw York go into the end of the first period 2-1 up.

The second period saw York increase the pressure on Scarborough with Bankole Claudius-Cole exploiting the Scarborough right supported by Liam White at left back; but it was a driving run down York’s right by Alex Kemp to the by-line cutting a tasty ball back to Will Jarvis whose first strike was well saved by the Scarborough keeper but made no mistake from the rebound to capture his brace and put York 3-1 in front. York were now enjoying the game with Tom Eaton and Harvey Stephenson linking up well in midfield. It was another mesmerising right wing run from Josh Hall that he finished with a great shot that was again saved by the diving Scarborough keeper with the rebound falling into the penalty area it was Josh Hall again narrowly beating Harvey Stephenson to the loose ball to fire in from close range giving York a comfortable 4-1 lead.  York pressured for more goals but found Scarborough’s defence and keeper resolute. A long Scarborough free kick from their own half was brilliantly controlled by the Scarborough forward to turn the York defender and volley into the York net making it 4-2.With the wind in Scarborough’s sails, Nathan Storr had to be alert to pull off some fine saves as the game opened up and was end to end for the last minutes of the second period.

The third period started like the second period ended with both sides searching for more goals but again Declan Racher, Will Jarvis and Harvey Stephenson found the Scarborough keeper in top form. A 48th minute Scarborough free kick on the left hand side of York’s penalty area was converted well to make the score 4-3 to York, making the last twelve minutes frantic with York trying to increase their lead and Scarborough looking for an equaliser on the break but as both defences and keepers held firm it will be York in the next round as the final score finished 4-3.

Man of the Match was awarded to Bankole Claudius-Cole