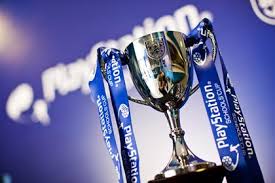 York under 11’s produced their finest performance of the season so far with a comprehensive 6-1 home victory against a strong Sheffield schools outfit in the first round of the Green ‘ Un cup.

York started the game with real intensity and purpose and after only five minutes Elliot Heath latched onto a loose defensive pass and smashed the ball into the top corner 1-0 York.  Sheffield were struggling to cope with York’s pace and desire and the next 15 minutes witnessed two further goals from striker Heath giving him a fine hat-trick and a well taken goal from midfielder Joe Watt put York 4-0 up at half-time.

This had been an outstanding first period for York with midfielders Harry Tinker, Jack Hughes and Oliver Kilvington dominating proceedings while defensively Will Hollings, Isaac Meehan, George Turbine and Dan Tingle disrupted and Sheffield attacks. Sheffield battled with pride in the second period and finally got a foothold in the game, there were no further goals for the next twenty minutes which saw the game go through a period of stalemate only York striker Oliver Walsh  went close on two occasion to making it 5-0, that honour fell to Joe Watt who got his second.

With only 5 minutes remaining Sheffield finally opened their own account with a shot from close range beating York keeper Todd Edgar to make the score 5-1 but before the referee could blow the final whistle Heath grabbed his fourth goal in a superb exhibition in the art of finishing to leave York slightly shocked but delighted 6-1 winners.

Harry Tinker and Elliot Heath were named York’s joint man of the match.