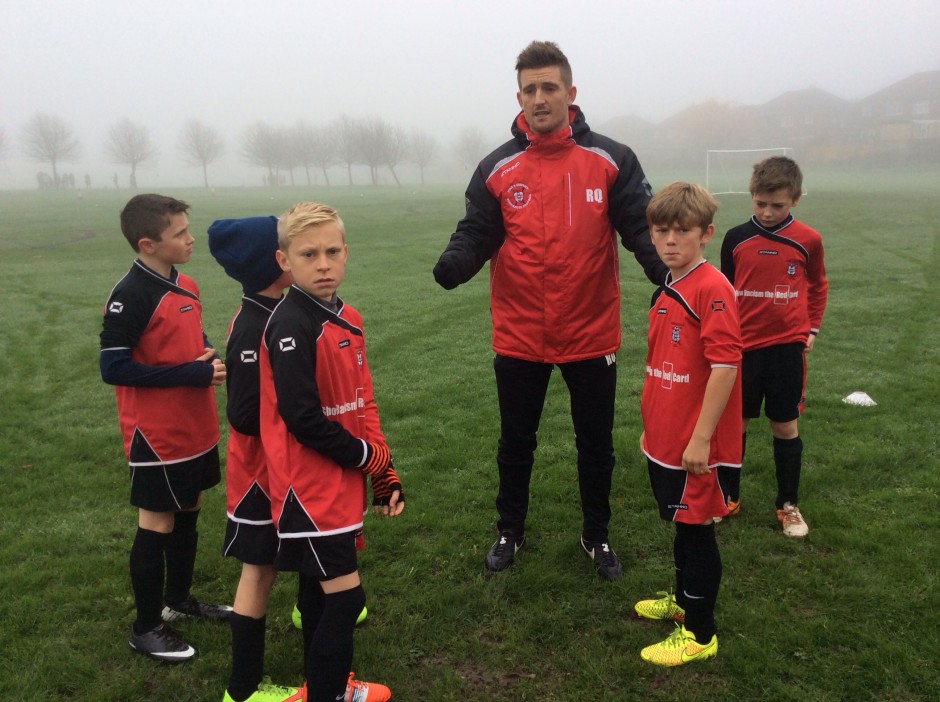 On a Saturday morning where it would have been easier to postpone this game both York and Leeds allowed the pitch time to soak up the early morning sun after a severe overnight frost.

York started the better of the two teams going forward with pace and purpose and on the 8 minute mark after good work down the right wing from Harry Tinker a strong shot from Elliot Heath was saved initially by the Leeds keeper but the rebound dropped for Oliver kilvington who poked the ball home from two yards 1-0 York.

At this point in the first half only one result looked possible as York dominated possession but lacked the final killer pass but eventually Leeds showed they were more than a match for York once they had settled into the game and began to create half chances of their own but solid defending from Isaac Meehan, Dan Tingle and George Turbine quickly snuffed out most Leeds attacks.

The first period ended with York still leading 1-0 but Leeds had recovered from a shaky start and were showing signs of scoring themselves, however York keeper Todd Edgar had shown a safe pair of hands with anything that eventually came his way.

The second half now became a very tight affair with York pushing for a second killer goal but Leeds counter-attacking very quickly and causing York some nervous moments.

Taylor Bell and Joe Watt were giving assured performances for York but with only five minute remaining of the game a defensive mix up from a long ball witnessed Leeds grab the equaliser despite the ball deflecting of a York defenders head.

At 1-1 the last five minutes were all Leeds and York had to defend stoutly after repeated corners from the opposition, finally the whistle blew and the draw was agreed as a fair result.

Joe Watt was named York’s man of the match.