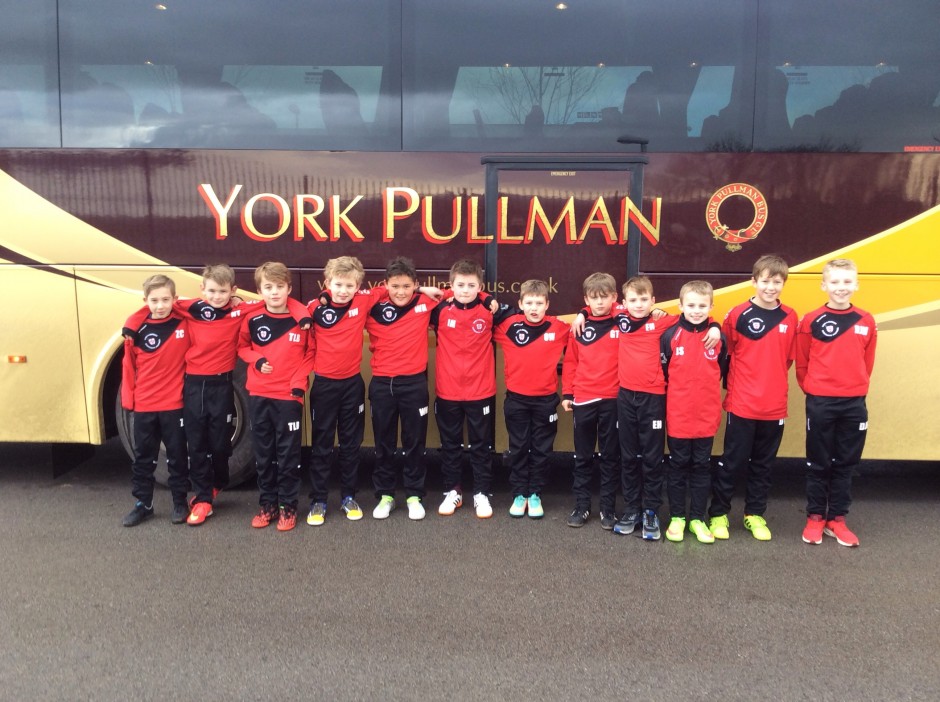 York under 11’s Schoolboy footballers returned with a 3-0 victory after a long away trip to Derby in the West Yorkshire Cup quarter final.

Despite the long coach journey York actually started the brighter of the two teams. Good attacking play down both wings from Taylor Bell and Harry Tinker were creating half chances but York were failing to trouble the Derby Keeper. It took until the 13th minute for the lively Oliver Walsh to open the scoring with a calm right footed finish after Dan Myers had delivered in a testing corner 1-0 York.

Despite the confidence of this goal Derby now started to cause York problems with raiding runs through York’s midfield but debutant Keeper Toby Bradley showed safe hands with some fine handling to keep York in front right up to half-time.

The second half began with Derby still pressing and were indeed unlucky not to equalise after striking the York crossbar from 10 yards out. The killer goal came with only ten minutes to play after good work down the left from George Turbine and Will Hollings the ball found its way to Zac Cottle who calmly side footed into the bottom corner to make it 2-0 York.

Derby had given everything and when George Turbine converted on the volley to leave the final score 3-0 to York the home team can count themselves a little unlucky not to have got something out of the game. York now await the draw to see who they face in the semi-finals of the West Yorkshire Cup competition.