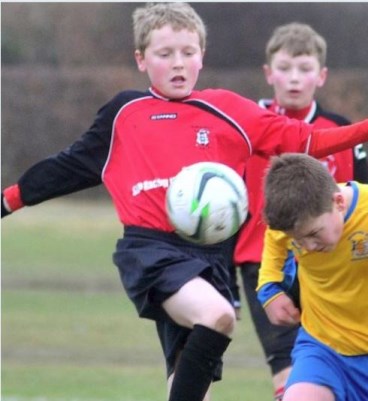 York Schoolboys today entertained Hambleton & Richmond in a friendly fixture , this game was made more interesting due to Hambleton been managed for the day by the parents of two former York Schoolboys players, so there was plenty of rivalry as Hambleton kicked off.

The start of the second half saw the Hambleton midfielders taking control, winning a couple of free kick in dangerous positions, which were both well dealt with the York defence. York’s best effort of the second half came from a corner which was cleared to the edge of the area to Charlie Jebson King who’s first time shot flew just the wrong side of the post. York continued to press the Hambleton defence during the second half without creating any clear cut chances, and with stout defending the game ended as a goalless draw.

This was a hard fought draw with York probably having the better of the chances without managing to score for the first time this season, defensively it was encouraging to keep a clean sheet.

This was a good test for the York squad who face a challenging fixture next Saturday against Harrogate & Craven in the quarter finals of the cup.