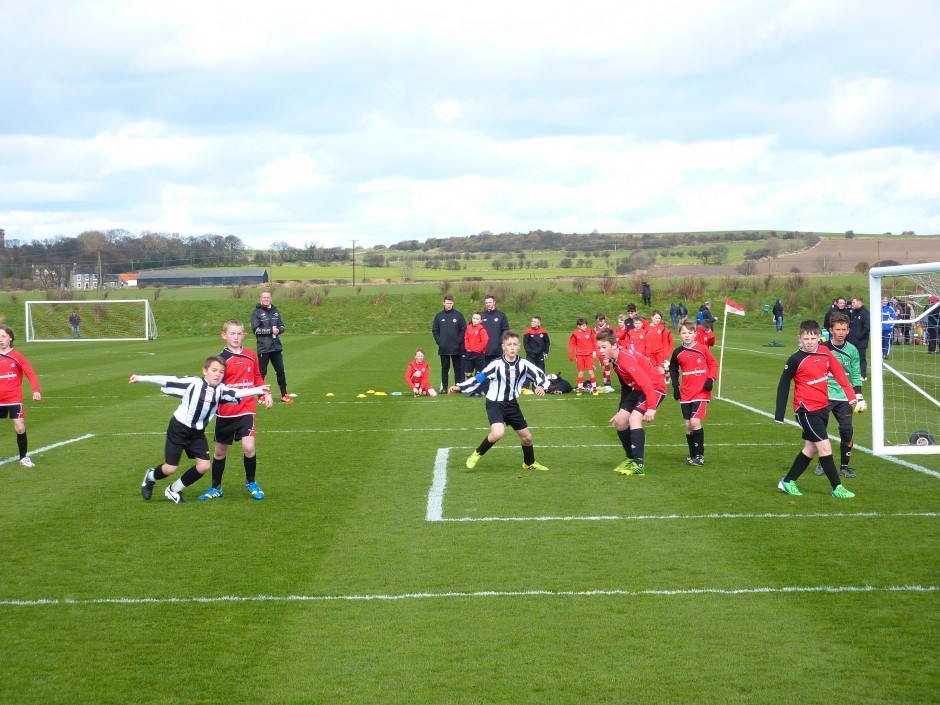 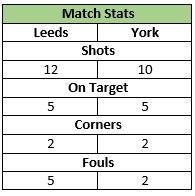 York U12 Schoolboys travelled to Leeds for the semi-final of the Michael Dale Trophy.

From the whistle Leeds signalled their intention and put York on the back foot from the kick off, and within 5 minutes Leeds were 1-0 up after a shot, from just outside the penalty area, from the Leeds midfielder seemed to hang in the wind catching out York keeper Nathan Storr.

A well-disciplined Leeds pressed York back and stopped York playing their flowing passing football.  Nathan Storr had to make a fine save midway through the first period to keep the score at 1-0 at the interval.

The second period started with Leeds on the attack and within minutes they were 2-0 up.  This sparked York into life with their first attack of the game with Leo Potts narrowly missing the right upright.  It was York who were now applying some pressure to the well organised Leeds back line as Luke Jones watched as his header flew past the right post from a floated corner delivered by Elliot Oliver.

The back line of Leo Jones, Tom Eaton and Alfie Evans limited Leeds to only a couple of shots off target, whilst the York midfield of Liam White, Leo Potts, Elliot Oliver and Luke Jones battled hard in midfield; but could not deliver the final ball to the lone York striker, Conner Teale, who worked tirelessly up front chasing down the Leeds defenders, but they remained resolute as Leeds 2-0 up at the end of the second period.

Leeds again started the third period on the attack and it needed a fine save in the second minute of the last period from Joseph Hodge to keep York in with a slender chance of a comeback.  York started push up more and move the ball around quicker with Luke Jones forcing a save from the Leeds keeper giving York their second corner of the game.  Another great delivery from Elliot Oliver from the corner was again turned goal ward by Luke Jones but it was straight at the Leeds keeper.

As York searched for a goal, they pushed up for a free kick and were caught out as Leeds broke down the centre and with York outnumbered at the back Leeds calmly made it 3-0.  The York players didn’t give up and within a minute of the restart Luke Jones forced another save from the Leeds keeper.  Some quick defending from Simeon Hopkinson put Leo Potts in on goal with the Leeds keeper saving the resulting shot. Try as they might York could not open their scoring account with more shots from Liam White and Harvey Stephenson before the final whistle; but it was Leeds who ended up winning 3-0 to take them through to the Final of the Michael Dale Trophy.

Managers Comments (Andy Eaton, Nigel Kemp. Alan Oliver): The York boys did us proud on Saturday. We were beaten by a well organised Leeds side who were the better team on the day.  A good solid display by the boys who are now looking very promising for next season. York matched the well drilled Leeds team however a couple of questionable decisions by the match official led to two of the Leeds goals. Well done to all who have been involved in a very enjoyable season and hopes are high for the boys who will move into the under 13s league next year. Thank you to all parents and those involved in the team for their continued support

Man of the Match was awarded to Connor Teale