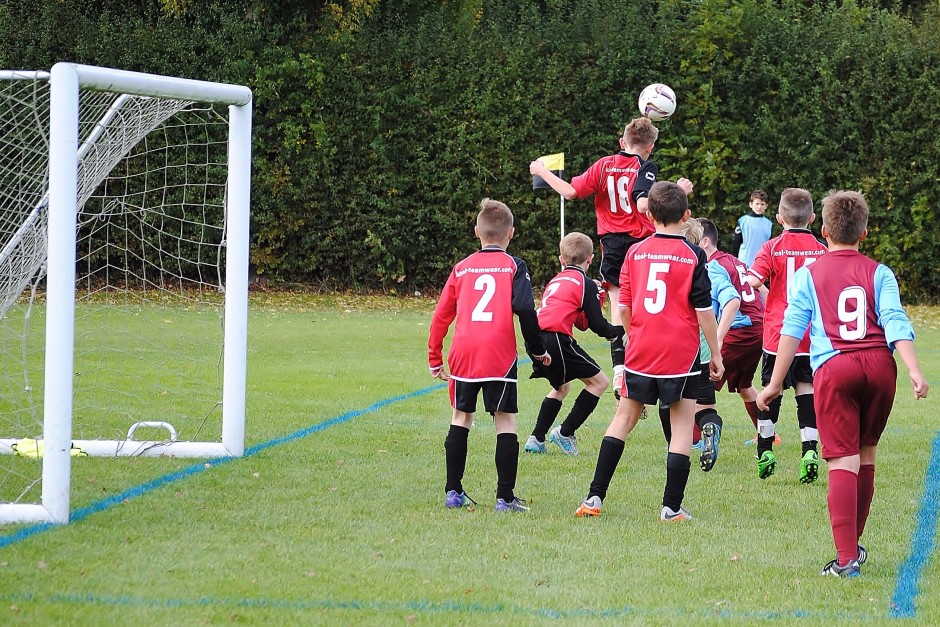 York school boys under 12s played hosts to their local rivals Scarborough in their second league game of the season. York playing in their changed colours of blue won the toss and elected to play with the wind at their backs. In difficult conditions York had Scarborough pinned back in their own half with some nice passing from Will Hollings and when he found Oliver Kilvington at the edge of the box who beat one defender and shot, which the keeper could only push out wide into the path of York’s winger Taylor bell who passed the ball across the boro box for Lewis Humphreys to get a tap in from two yards 1-0.

Five minutes later York’s second came from a fine passing movement which involved Oliver Kilvington, he played the ball to Harry Tinker who’s pass cut the Scarborough’s defence in two to find Taylor Bell wide on the left wing who put a first time ball into the box for Humphreys to tap in again from inside the six yard box 2-0.

The minstermens domination of the first twenty was on the back of a battling performance from Tinker, Hollings,and George Turbine with York having chance after chance with the boro”s keeper keeping the visitors in the game which without him would have been finished well before half time.

Yorks defence lead by Ben Hudson who moped up anything that came out of the Scarborough half was playing a holding role on the half way line played in Humphreys who turned provider for York’s third, broke down the right  crossing for Taylor Bell to poke the ball in from six yards 3-0.

Second half and it was now Scarborough’s chance to show what they could do with the wind at their backs York now playing on the break still created  chances with breaks from Jack Lowe and Elliot Heath.  It was now Yorks defence who were under pressure with Isaac Meeham and Joe Roughly battling to keep the visitors at bay and when Scarborough  got a corner that was wind assisted that went straight in giving Todd Edgar the minstermens keeper no chance,the belief that they could get something out of the game.

York who had lost two players to injury weren’t about to give the visitors any chance of coming back into the game and  were still trying to play the game on the floor  with some great passing out of defence by Turbine, broke down the left with Elliot Heath who played in Hollings who’s shot was spilled by the boro keeper for Humphreys to tap in again for his hat trick 4-1.

Scarborough to give them credit still pushed on trying to give the home side a game but York had now weathered the boro storm and kept playing the better football, with fine displays from Harry Tinker, Ben Hudson and George Turbine putting together a move that had Scarborough players twisting and turning around like the waltzers on the Scarborough seafront, finishing off with yet another tap in from Humphreys his fourth of the game and his eleventh in five matches, final score 5-1.York unbeaten so far this season.