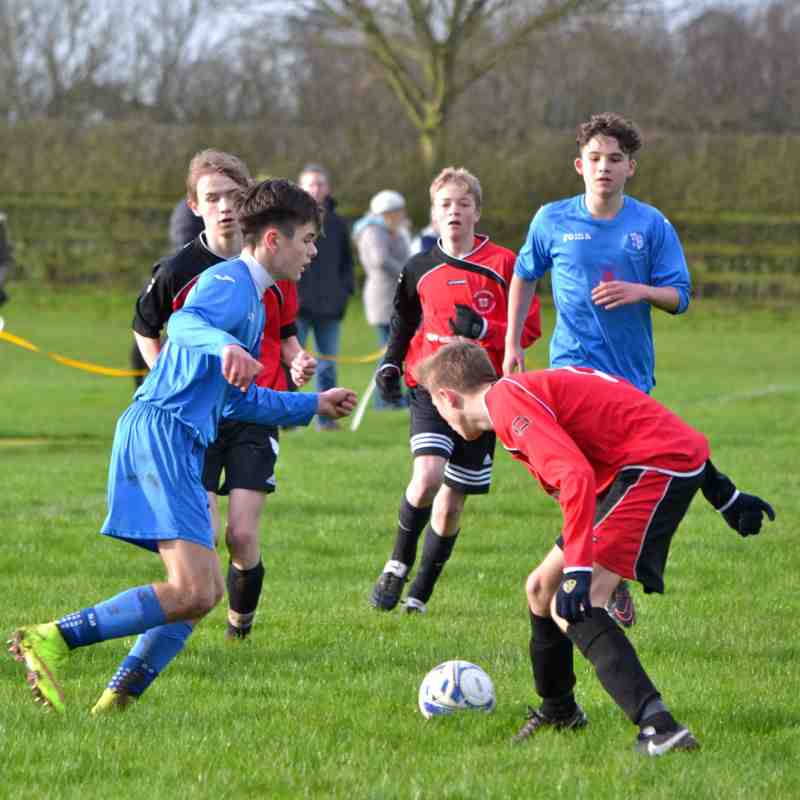 York Under 14’s returned to action today with a very difficult away fixture to Harrogate.

York controlled much of the early possession with De Nobriga forcing a couple of good saves from the Harrogate keeper.

The best chance of the first half followed good work in the midfield by Lucas Wilson, Dany Allinson & Ben Barker Spencer who found Joe Crosby whose clever reverse pass set up Manni De Nobriga whose shot was well saved again by the Harrogate keeper.

Towards the end of the first half Harrogate started to create chances but the York defence of Lucas Frankish, Will Anderson, Miles Buckle and Josh Hollings stood firm with Harrogate’s only effort of the first half been well saved by York keeper Patrick Randall.

The first half ended goalless, although York probably deserved to go in at the break in the lead.

The second half saw a change in the game, with less chances been created and Harrogate starting to take control of the game with York restricted to half chances on the break.

Harrogate continued to create chances as the second half progressed but couldn’t extend their lead.

As the last five minutes approached York won a couple of corners but couldn’t find the deserved equaliser.

This was a much improved performance from the York squad who deserved to get at least a draw from the game if not a win.