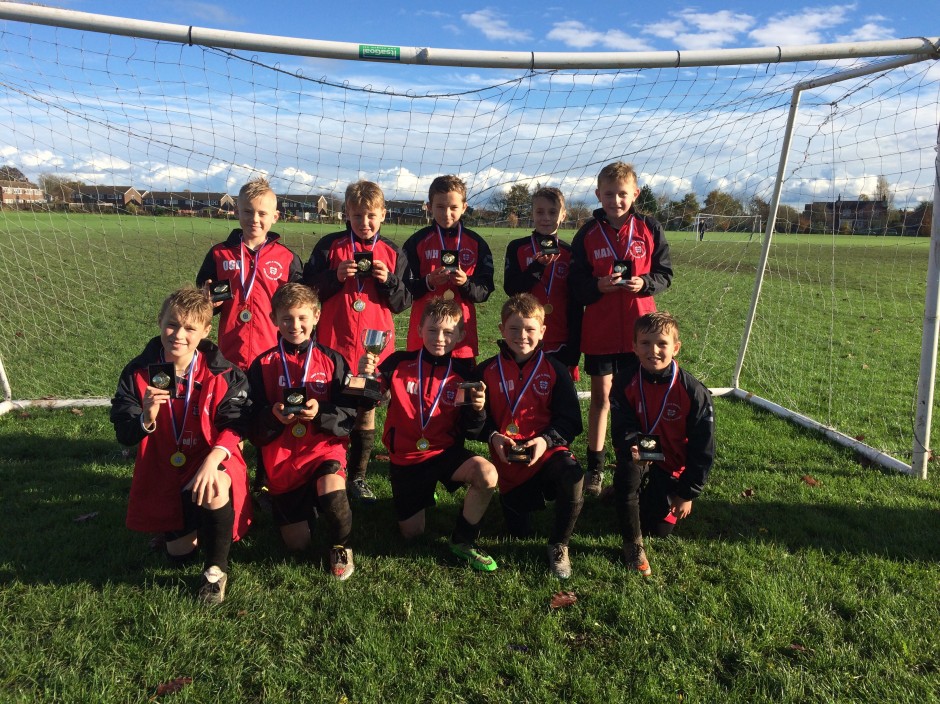 York Schoolboys under 11’s went into the Green Un’ Cup semi-final as slight underdogs on Saturday having drawn the strong opposition of Derby Schoolboys. Due to illness and injuries York had no substitutes so knew they were going to have to produce their best performance of the season thus far.

The first half was dominated by Derby both in possession and opportunities at goal. However some outstanding goalkeeping from Noah Ellis and a fine defensive effort from all nine of York’s players meant the teams went into the half time break at 0-0

After weathering the storm of Derby’s first half attacks York came out stronger in the second half and it wasn’t long until York took the lead. Tom Algar burst into the box applying the finishing touch to a York cross supplied from Owen Dunkley 1-0 York.

This goal seemed to knock the stuffing out of Derby and York were now playing with real positive intent and soon enough Kaiden Butler picked up the ball outside the Derby penalty box and struck it sweetly straight into the top corner giving York that much needed two goal cushion. Two more York goals came quickly both were Butler headers from precise Mathew Dawes Corners.

At 4-0 up York were still forced to defend robustly against a quality opposition strike force but the back three of York Will Hotson, Mathew Dawes and Cole Gayles kept doing just enough to keep Derby at bay.

Eventually Derby were rewarded with a consolation goal and the game finished with a mightily impressive score line of 4-1 to York.

It was such a great team effort from York with each and every player contributing, whether it was Harrison Cain up front chasing lost causes or Oliver Darley battling in midfield every player played their part and now York excitedly wait to see who their opposition will be in the Green Un’ Cup final.