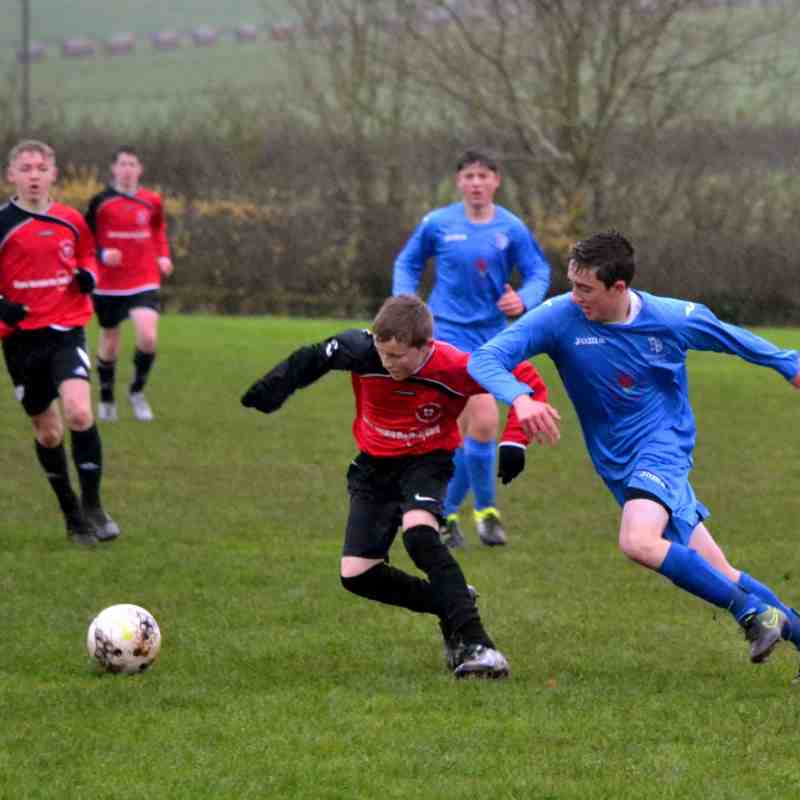 With heavy rain starting to fall prior to kick off York started the brighter of the two teams, keeping Leeds pinned in their own half dominating the early possession. The first real chance fell to York when Joe Crosby slipped a clever ball to Manni De Nobriga who’s effort forced a corner off the Leeds keeper. York’ s midfield five of Tom Fleet, Danny Allinson, Lucas Wilson, Ben Barker Spencer and Joe Crosby were winning every ball and not letting the Leeds midfield get a foothold in the game, creating further half chances. Good work again from the midfield allowed Danny Allinson to create a chance for Joe Crosby who’s shot rebounded of the Leeds post.

Towards the end of the first half Leeds started to come into the game but the York defence of Lucas Frankish, Ollie Smith, Miles Buckle and Will Anderson stood firm only allowing Leeds one shot in the first half which was well saved by York keeper Patrick Randall to make the half time score 1-0 to York.

The second half started with Leeds on the front foot keeping York pinned in their own half but resolute defending with support from the midfield unit kept the Leeds chances to a minimum. Good work from the York fullbacks, Josh Tingle and Charlie Buckle kept the Leeds wingers at bay.

Against the run of play York extend their lead with a wonderful goal, breaking from defence with Lucas Wilson allowed to run with the ball to the half way line who’s pass found Crosby and his first time ball sends Nobriga through to calmly slot the ball past the advancing Leeds keeper.

With 15 minutes remaining Leeds pulled a goal back with an outstanding strike from 25 yards giving  keeper Patrick Randall no chance in the York goal.

York responded well and with 10 minutes left Dan Stevenson broke down the York right setting up De Nobriga who’s shot is saved but the rebound falls to Ben Barker Spencer who calmly slots the ball into the Leeds net making the final score 3-1 to York.

Over the last couple of weeks the team has started to play well and not always got the results they have deserved, but today they got their rewards for their continued effort and determination.

Well done to all the squad and keep up the hard work.