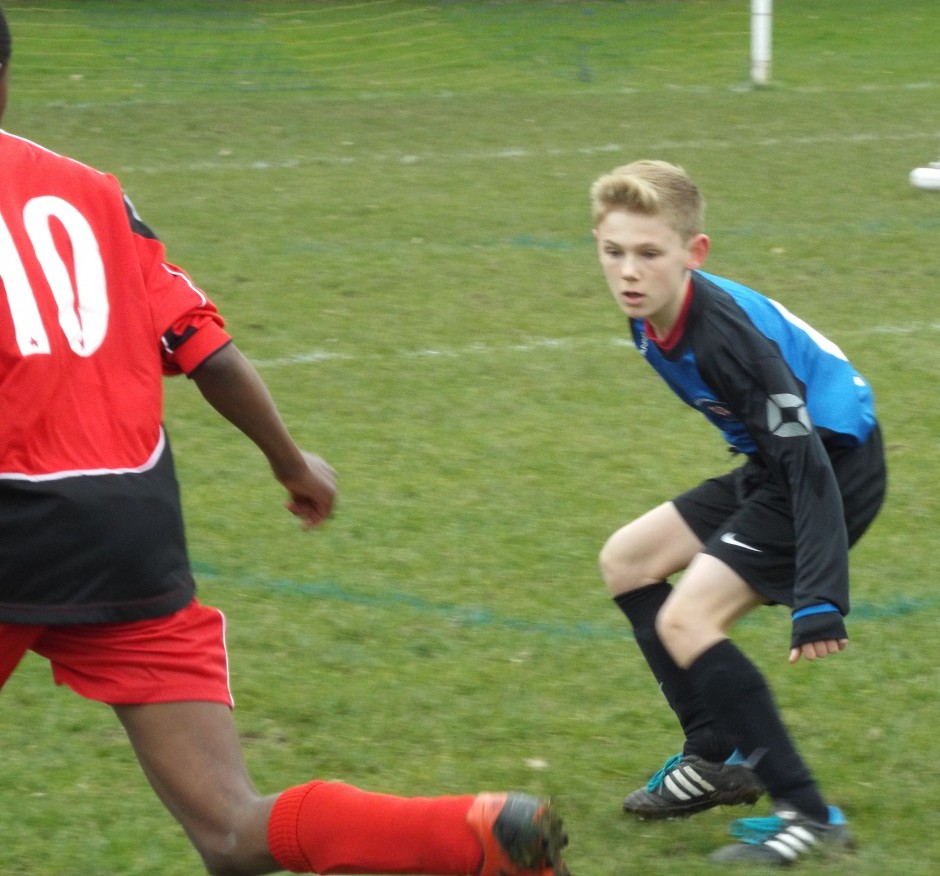 York school boys played host to Leeds in the league in what would be a pivotal game in deciding who would top the league going into the last two games of the season.

Leeds started the brighter, forcing a fine save from Edgar the York keeper with only minutes gone.Before York could settle into the game the home sides talisman Harry Tinker was carried off with an ankle injury that would end his participation in the game.

Things went from bad to worse for the home side from a York throw deep in the Leeds half the away side broke with a move and finish that wouldn’t have looked out of place in the premiership 0-1.

Twenty minutes gone and the Minster men were now having their best spell with Oliver Kilvington making the difference in midfield, York having one chance cleared off the line from Jack Lowe with another chance falling to Will Hollings that saw his shot somehow miss the target with the keeper beaten.

The Minster men were now starting to look like the team that had only been beaten once all season with Heath, Hudson and Turbine giving York the lions share of possession. Half an hour gone and Leeds were awarded a free kick midway inside the York half, the home side put in place a three man wall but the free kick was hit with power and direction that beat the wall and keeper hitting the underside of the cross bar and rebounding off the pitch and into the net.0-2.

The city’s boys heads never went down and they kept trying to create something that would get them back into the game, Taylor bell was having a fine game on the left wing for York as was Lewis Humphreys York striker, with twenty minutes to go the home side were pressuring Leeds right across the park Meehan and Roughley were their usual hard tackling no compromising selves and the home side were definitely making more of the chances, shots coming in from Heath, Humphreys and Lowe but nothing seemed to fall into place for the home side.

Leeds to their credit were very good on the ball with a calmness of a team at the top of their game showing why they had won the national cup a few months earlier. It was to no surprise when Leeds broke from one side of the pitch to the other ending with the home sides net bulging with a finish that left the home side keeper no chance 0-3.

York finished on the front foot their heads never going down and Dan Tingle typified this with a battling performance to the end.