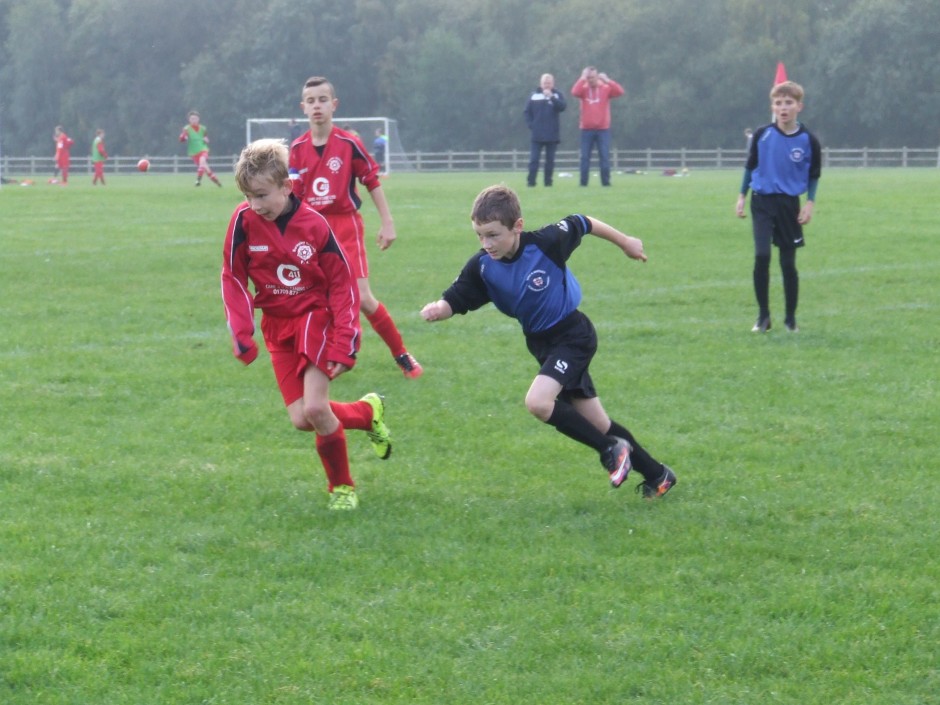 This week York U 12s headed to Barnsley for a Yorkshire derby thriller in the league.

Having started slowly the week before against Scarborough, York had improvements to make. In  the first of the 3 thirds, York got the ball rolling, and within the first 10 minutes the partnerships down both wings, Kaiden Butler and Matthew Dawes linking up down the right, Dillon Meehan and Coles Gayles down the left were causing Barnsley problems. York were unlucky not to have been awarded a penalty for a handball inside the Barnsley penalty area. 15 minutes into the game came York’s first goal. After some great perseverance Tommy Cahill latched onto a diagonal ball over the top from Matthew Dawes. Skilfully controlling the ball to finish calmly, placing the ball into the bottom right hand corner of the goal. 0-1.

Going into the second third and against the run of play, Barnsley were gifted an opportunity from a misplaced pass back. 1-1. York responded well and began to create numerous amounts of chances and kept possession well. With both teams trying hard to find the back of the net, the ball came to the feet of Kaiden Butler who proved to be the man for the job and gave York the edge going into the final third with a brilliant left footed strike from outside the box 1-2.  Minutes later Tom Algar was unlucky not to find himself on the score sheet when he unleashed a thunderous shot which hit the crossbar. York were now on top, until just before the referee blew to end the 2nd third, Barnsley found the equaliser that they were looking for. A Barnsley midfielder lofted the ball over the top of the inform York keeper Noah Ellis (who also made many great saves throughout the match), 2-2.

York kicked off the final third and managed to work the ball well with great work from Oliver Darley, Tom Algar,  Ellis Cattaneo and Tom Coy, all  looking comfortable on the ball. After some good pressure from York and on the pursuit for the winning goal, they left themselves open to the counter attack. Barnsley found the gap and exploited the opportunity to catch York on the break. With a long ball over the top came a 50/50 challenge between the York Keeper and Barnsley striker. Although a harsh decision, the referee had no choice but to award a penalty.  Up stepped the Barnsley centre back and tucked the penalty away into the corner 3-2. York were now chasing the game and had to gamble, and with only 5 minutes to go the ball was played into captain Ellis Cattaneo who composed himself and struck the ball into the top right corner of the goal leaving the Barnsley keeper helpless. Final score 3-3.

An exciting match and a great all round team performance from York. Will Hotson and Matthew Dawes looked very solid at the back and were close contenders for this week’s man of the match but the player who edged the voting was Captain Ellis Cattaneo.

York Under 12’s now have a two week break and will be back in action on the 5th of November against Leeds Schoolboys at home.