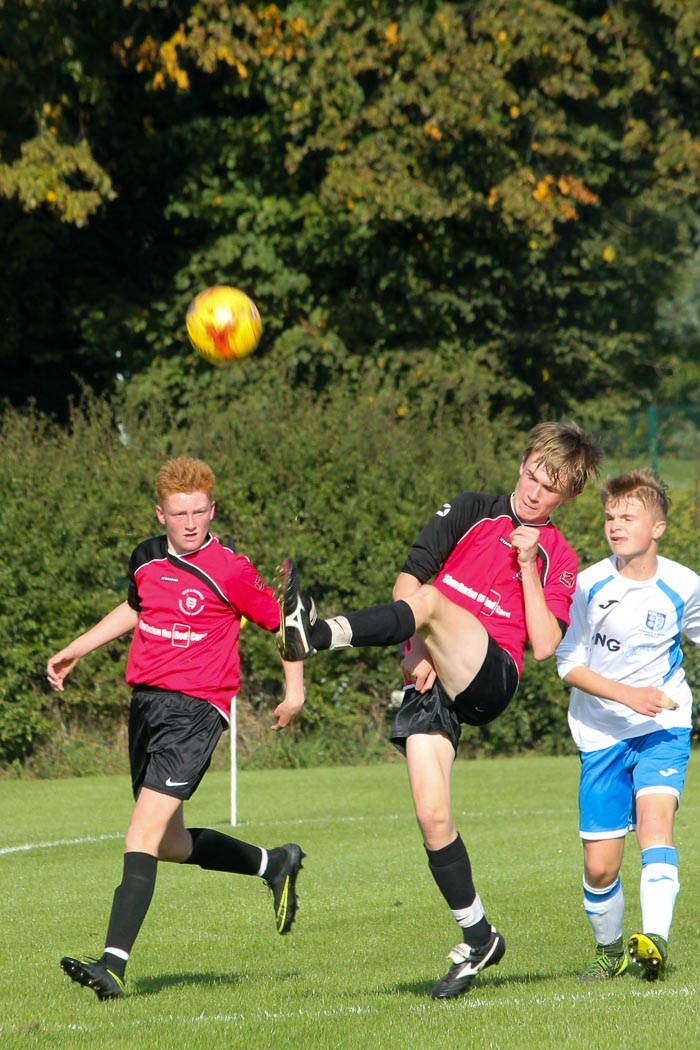 Following a traumatic journey, which saw the majority of the side doing a tour of the North Yorkshire countryside due to the unforeseen closure of the A1, Yorks first league fixture of the season kicked off over an hour late.

The delayed start did not affect York who started the stronger side, putting Hambleton on the back foot from the kick off. York’s first chance of the game followed a break down the right hand side of midfield with Josh Gover’s cross finding Crosby, whose lay off to Robbie Simpson and his first time strike produced a fine save from the Hambleton keeper.

The game soon opened up, with both sides creating half chances, but the York defence of Will Anderson, Oscar Stott and Max Warren limited Hambleton to long range strikes on the York goal.

The game was turning into a battle in the middle of the park and good work from Danny Allinson & Lucas Wilson matched the Hambleton midfield, this hard work paid off when Manni De Nobriga broke down the left to get behind the Hambleton defence and cut back a clever ball to strike partner Joe Crosby who’s turn and shot makes the score 1-0 to York at half time.

Hambleton started the second half brightly with relentless pressure on the York goal and defence. With Hambleton pressing high up the field this allowed York to hit Hambleton on the break with Crosby realising Manni De Nobriga who’s shot was well saved by the Hambleton keeper.

Further determined work by Allinson allowed Wilson to set up De Nobriga whose shot shaves the outside of the Hambleton upright.

The game was now end to end with Hambleton breaking quickly, forcing a smart save from York keeper Cameron Smith. The resulting corner brought the Hambleton equaliser with a good header into the top corner of the York goal.

With ten minutes to go the game started to get very scrappy with both sides giving away a number of free kicks one of which resulted in Hambleton hitting the York crossbar.

With less than 5 mins left York break quickly out of defence with  Ben Barker Spencer, who beats a couple of defenders before setting up Will Anderson on the edge of the 18 yard box whose first time strike fires York into a 2-1 lead.

This led to a frantic last couple of minutes with Hambleton trying to find another equaliser but York held on until the final whistle to record their first league victory of the season.