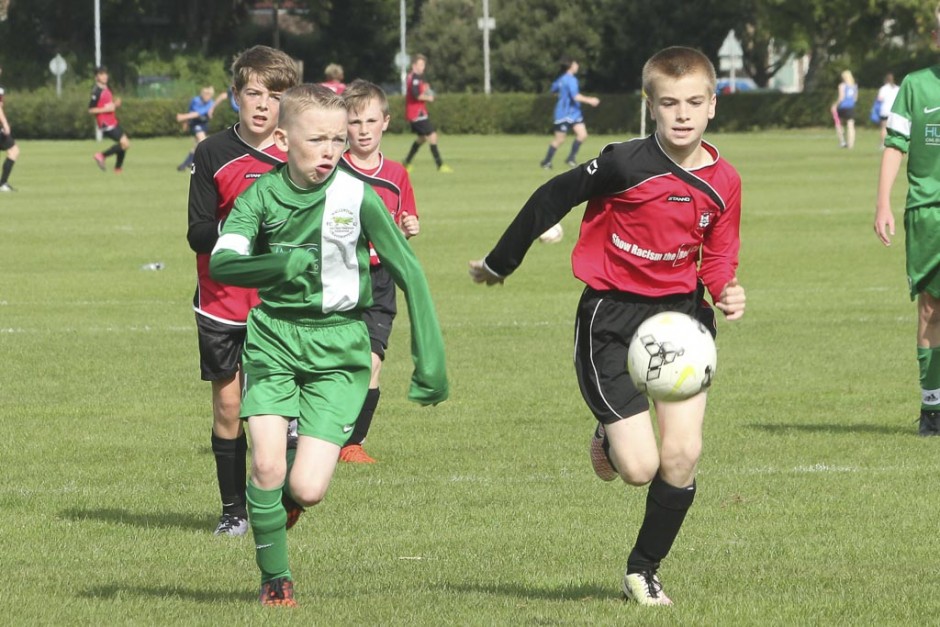 York under 11 schoolboy footballers maintained their unbeaten League record with a fine 4-1 away win at West Yorkshire rivals Leeds.

In wet conditions and on a heavy surface York adapted the quicker of the two teams forcing the early pressure without carving out any clear cut chances against a strong Leeds defence. However on the 11 minute mark Ronnie Kelly chased down a long pass just inside the opposition penalty are and within a flash took an early strike which caught the Leeds keeper unawares and the ball nestled in the bottom corner after first catching the post 1-0 York.

Another tight spell followed with Leeds pressing but York’s defence of Paul Iggulden, Dylan Jones and Ryan Evans continually thwarted any danger and just before the 30 minute mark Ronnie Kelly struck again this time striking the opposite post before the ball crossed the line to put York 2-0 in front.

The second half underway and now it was the turn of Midfielder Fraser Clarke to slot home from 8yards after good work down the right from Liam Mainprize and Bobby Boyson to put York 3-0 up with ten minutes remaining.