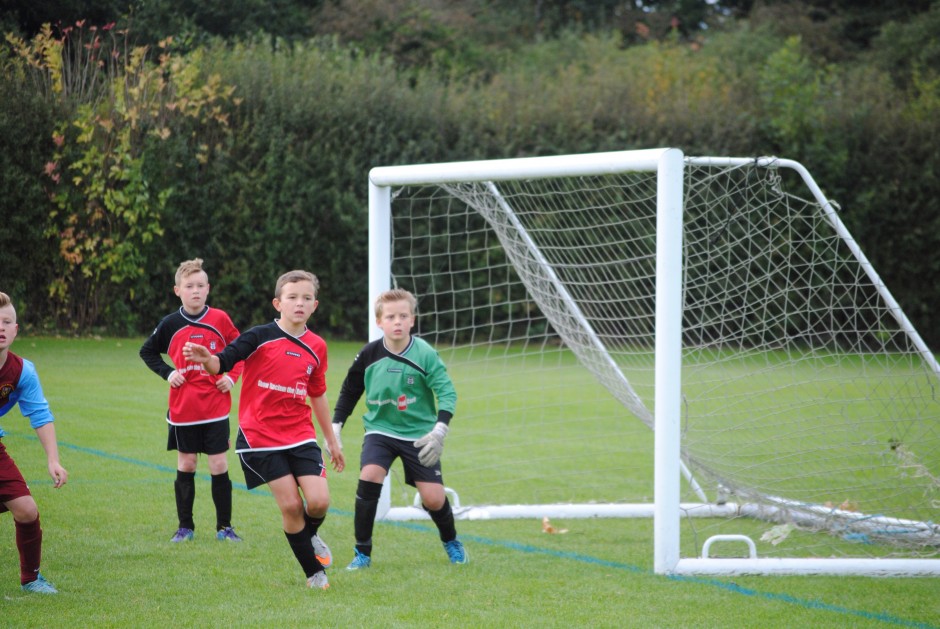 At the start of the 1st third and wind against them, York were under pressure from a strong, physical (and extremely tall) Leeds side who were dominant from the start. York struggled to clear their lines and within 10 mins were 1 nil down. This seemed to kick start York who bravely fought back throughout the team and started to play good football we have so far witnessed this season. A great strike from a Leeds player put them 2 ahead. York rallied and didn’t let their heads drop.Great build up play saw Dillon Meehan carve the Leeds defense open to allow Kaiden Butler to fire into the bottom right hand corner. York pushed for an equaliser towards the end of the first period and were rewarded by another goal from Kaiden Butler who gave the keeper no chance. 1st third over and scores 2-2.

The second third started much the same as the first. Leeds changing personnel and fielded what seemed an even stronger side. To be fair to York, as it was a friendly, this was an opportunity for the coaches to change the team around. Although York tried to contain their opponents and battled well, Leeds came through the victors in this period.

Changes made and a settled side saw York get back into their stride and passing the ball with confidence and at times pressing high. Tommy Cahill and Kaiden Butler were always a constant threat to the Leeds defense. Leeds again went ahead with 2 more goals but York were in no mood to lie down and call it a day. York were awarded a free kick way out which Kaiden Butler fired against the bar, luckily for York the ball fell kindly at the feet of Matty Dawes and he thundered a half volley into the roof of the net. York continued with the momentum and were finishing with a flurry. Another late attacking move from York saw Man of the Match Butler snatch his hat-trick with a tidy finish from just inside the Leeds box after a swift attacking move involving Ellis Cattaneo. However, the last chance of the game fell to the away side immediately from kick off. Their central midfielder marched through the York defense and was all set to score potentially the goal of the match if it wasn’t for a terrific save from York’s’ Noah Ellis.

There were plenty of positive to take of the game and into next weekend’s first Cup Tie against Spen Valley.