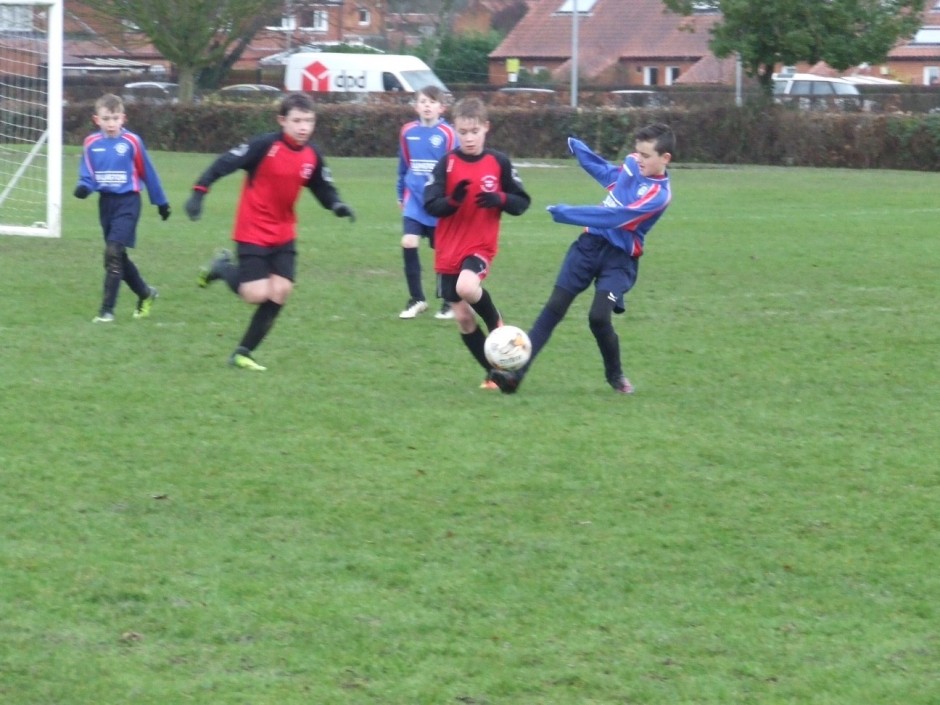 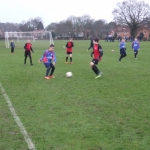 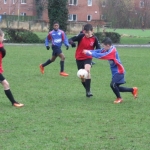 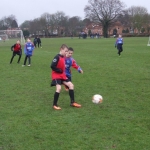 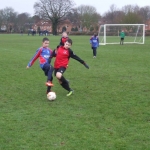 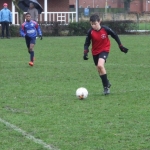 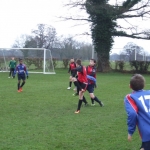 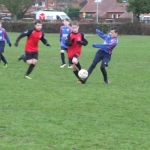 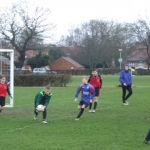 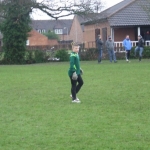 York U 12’s played host to West Yorkshire rivals Barnsley and were looking to get back to their winning ways. From the first whistle It was the York side who got the ball rolling and began to threaten the Barnsley defence, with multiple chances created from the wingers, Cole Gayles and Kaiden Butler for the ever reliant striker, Tommy Cahill.

After a great spell and superb link up play, started by Tom Coy through the midfielders of Ellis Cattaneo, and Thomas Algar the ball was released down the right to Kaiden Butler who skilfully took the ball around two players before being taken down to the ground for a penalty. Up stepped Butler and placed the ball in the top right corner leaving the keeper with no chance (1-0).

Throughout the later period of the first half Barnsley began to test the back three of York but Tom Coy, Will Hotson and Dillan Meehan, all staying strong as a unit with keeper Noah Ellis contributing  with some great saves.

With the home side dominating the majority of the first half they knew that the match was all but over.

In the second 20 of the match, York made a few changes with the introduction of Harrison Cain, Matthew Dawes and Oliver Tarbit. York soon took the lead again with a brilliant cross from Dawes that fell kindly to Harrison Cain who adapted well to the flight of the ball to score his first of the game (2-1). Next it was Tommy Cahill who found himself with a chance in front of goal. After another inch perfect cross from Dawes, the ball fell to Cahill who finished the ball instinctively to the keeper’s left hand side (3-1).

Barnsley were not finished and with a quick counter attack the Barnsley midfielder struck the ball from outside the box, the wet conditions making it difficult for the York No.1 to hold on to the ball, and was forced to block the ball which fell to the feet of the Barnsley striker who comfortably finished the ball into the bottom corner.

Frustrated by the visitor’s consolation goal and with the match coming to the close of the second period, Harrison Cain took his final opportunity to get his brace and add the icing to the cake for a fantastic team performance from the York team (4-1).

With many positional changes in the third period, York played out the rest of the match as the dominant side. Barnsley coming close on one occasion from a corner and would have scored if not for the acrobatics from Butler who cleared the ball from the line.

There were many of positives from the game, for player performances individually and collectively as a team.

The stand out performer who earned his MOTM award this week was Thomas Coy.