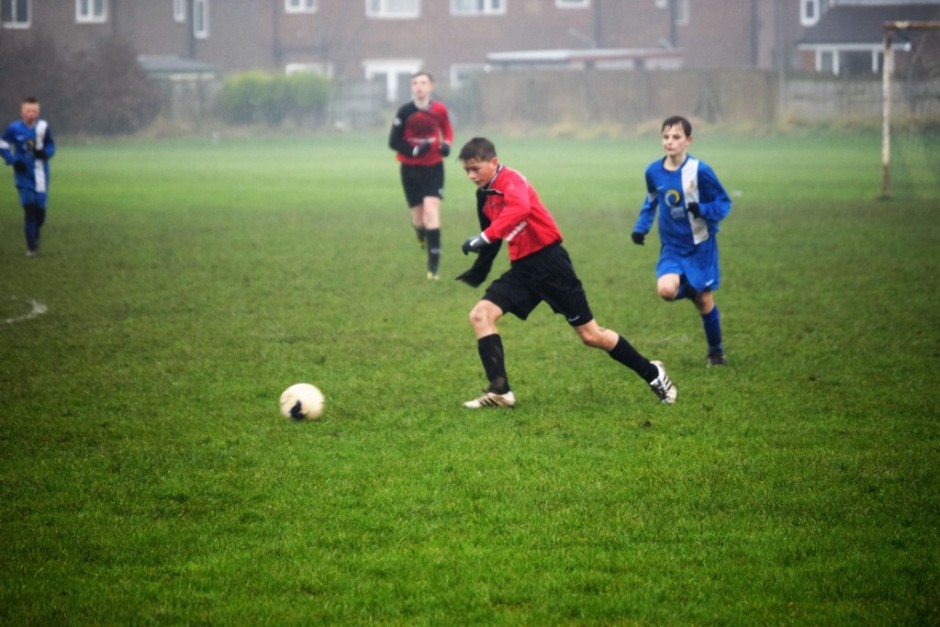 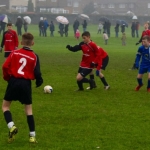 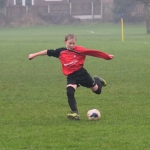 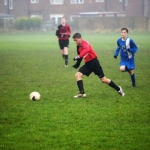 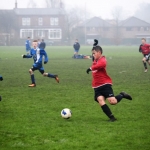 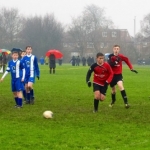 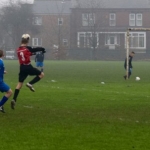 On a cold wet sticky pitch both teams struggled to get to grips with the conditions. York playing a more conservative formation looking to weather the Leeds storm, which they seemed to have done comfortably with Ben Hudson and Dan Tingle looking assured for the first fifteen minutes until they failed to clear an attack down their left which after several challenges inside their box the ball always seeming to find the next Leeds player which was eventually put away from close range giving Toby Warren in goal no chance 1-0.

Leeds had only just got themselves in front when York hit back five minutes later, Will Hollings playing the ball out wide to Taylor Bell who put in a cross between the retreating defence and the out coming keeper that Lewis Humphreys met with a header that had power and direction the home sides keeper could do nothing about 1-1.

Back on equal terms the city boys were now playing the better football pushing on for the lead. Midfield pairing of Harry Tinker and Jackson Cowl kept the Leeds midfield at bay. Eliot Heath was causing problems down the right wing for York battling for every ball, with York on the front foot and creating chances across the field it only looked to be a matter of time before they got their just deserves when Taylor Bell took a nasty fall from a challenge that resulted in a free kick to the away side. Bell having to be replaced his game over.

The second half started much the same as the first ended with York on the front foot and looked the more likely to score Hollings, Kilvington and Ben Thornton all having shots that didn’t break the deadlock.  Leeds were still creating their own chances keeping York’s fullbacks George Turbine and Joe Roughley at full stretch.  One attack down York’s right saw Roughley twist his knee in a challenge that also would end his game.

The home side were now having their best spell of the game and from a free kick on York’s left that was headed on to what looked like an offside player, Leeds got their second of the game a close range shot from inside the six-yard box 2-1.  Much to the amazement of the York side the goal stood, and before they could regroup they conceded another, a close range shot that beat Todd Edgar at the near post, Edgar getting both hands to the ball but couldn’t keep out the attempt.3-1.

York rallied to a man in the hope of getting something out of the game Elliot Rayner and Ben Pearson both having fine games down the right overlapping every chance they got.Hollings and Kilvington both setting up chances for Heath and Humphreys, Heath battling for every ball was brought down on the edge of the box Kilvington took the free kick beating the wall but not the Leeds keeper.

The game was now one way traffic Tinker and Cowl both lending a hand in attack and from another free kick more central this time Kilvington, going round the wall somehow found the Leeds net through a crowded area 3-2.

York battled to the end never giving up, finishing the game camped in the home sides half.3-2.