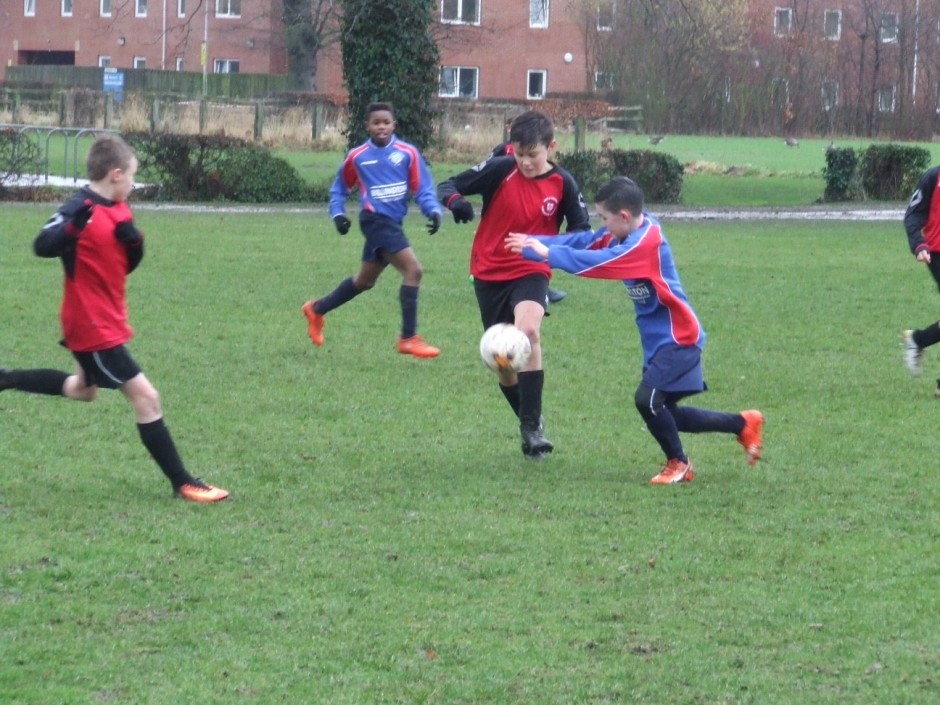 York U 12’s visited the Steel City hoping to avenge the heavy defeat of the league match earlier this season.

First 20
York started the match like a team with something to prove. Early pressure brought crisp, fast moving passes which at times left their hosts chasing shadows. With some great team work, determination and desire York were camped in the Sheffield half who had no answer to the visitor’s relentless attacking play. The well organised and solid defence of Tom Coy, Will Hotson, and Dillan Meehan made it difficult for any Sheffield attack to become any kind of threat. As the first 20 came to an end York went off the pitch totally dominating the session with some exquisite passing and possession football. 0-0.

Second 20
A few changes to the team, on came Tom Algar in centre mid and Matty Dawes at right back.This period was much the same as the first. Midfielders Tom Algar, Kaiden Butler, Ellis Cattaneo and Tommy Cahill worked tirelessly breaking down the Sheffield attacks, with Harrison Cain giving the Sheffield defence no time on the ball. If not for the in form keeper Noah Ellis, showing his worth, Sheffield could have taken the lead on a few occasions. Tommy Cahill did eventually break the deadlock when he latched onto a through ball and put the ball into the bottom left hand corner of the net but was ruled offside. Not many clear cut chances in a well fought period for both teams. 0-0.

Third 20
Thrills, excitement, drama, end to end stuff, this period had it all. York started to mix things up, using Oliver Tarbit as a target man. A great passage of play down the left hand side ending with Tommy Cahill pulling the ball back from the by line. A deflected shot came back to Cahill (who was in an off side position, although not interfering with play. The gray area of the offside rule!), and once again smashed the ball into the oppositions net.

Another Tommy Cahill goal ruled offside by a disappointing decision by the referee whom seemed to be engrossed in the excitement of the match.
2 mins left, and with York pressing high, a through pass reached a Sheffield  striker who seemed to be in on offside position placed the ball in the visitors net.

To the amazement of the players, coaches and parents, the goal stands!

A close fought, exciting match played out by 2 teams  at a venue with envious facilities, playing a high standard of football and although a disappointing 1 nil defeat, it somehow felt like a victory.

This was a brilliant team performance, probably the best performance of the season so far. Awarding man of the match is always difficult when so many play so well, two to single out were Noah and Dillon. Dillon just edged it for his defensive duties and work rate throughout the match.