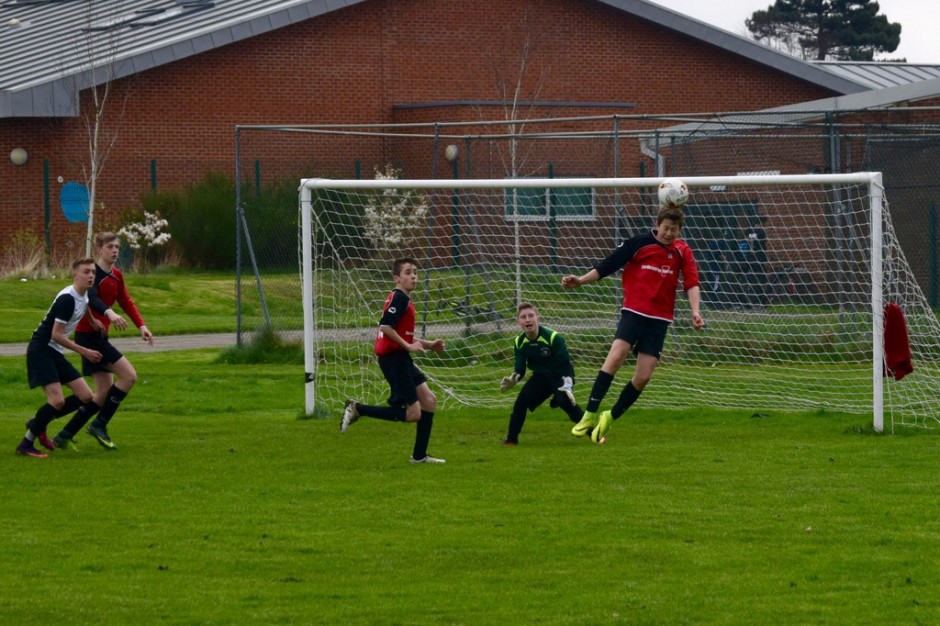 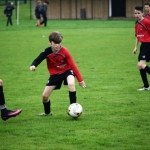 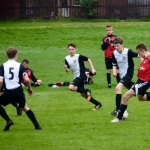 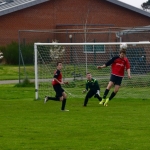 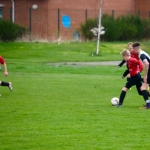 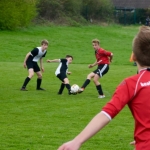 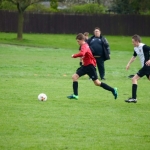 This was the second time this season the teams had met each other, the first was in the league the game finishing in a 0-0 draw.

This game followed the way of the first with both teams cancelling the other out both defences giving nothing away.  Yorks defence of Turbine, Hudson, Pearson and Roughley breaking up the Derby advances as well as driving the away team on from the back.

Hudson also playing his part in several free kicks that tested the Derby keeper. Dan Tingle and Jackson Cowl in the centre of midfield worked tirelessly creating chances for Lewis Humphreys and Ben Thornton up front.  Midway through the first half Taylor Bell playing down the left, had to leave the field with a head injury.

As the half was drawing to a close and with the away side creating the clearer chances they gave a free kick away midway inside their own half.  The free kick was played deep into the York area beating everyone including the York keeper Toby Warren and with the last kick of the half York found themselves 1-0.

York started the second half more determined to get themselves back into the game and with just five minutes gone they did just that when Elliott Rayner beat the Derby fullback and crossed into the box where Eliott Heath nipped round the opposing fullback and what seemed like eternity calmly rolled the ball into the net, the ball only just crossing the line.

With the game finely in the balance the next goal was always going to be crucial and it was the home side that got the breakthrough when a cross was met by an advancing forward two yards out, who bundled the ball into the net.

York kept pushing for an equaliser with Hudson and Kilvington now in central midfield but before they could get themselves back into the game York conceded, again this time from a shot from the edge of the box that Edgar only just got a hand to the ball finding the top corner 3-1.

The city boys kept battling with shots from Humphreys, Thornton and Rayner but Derby ran out the winners 3-1.