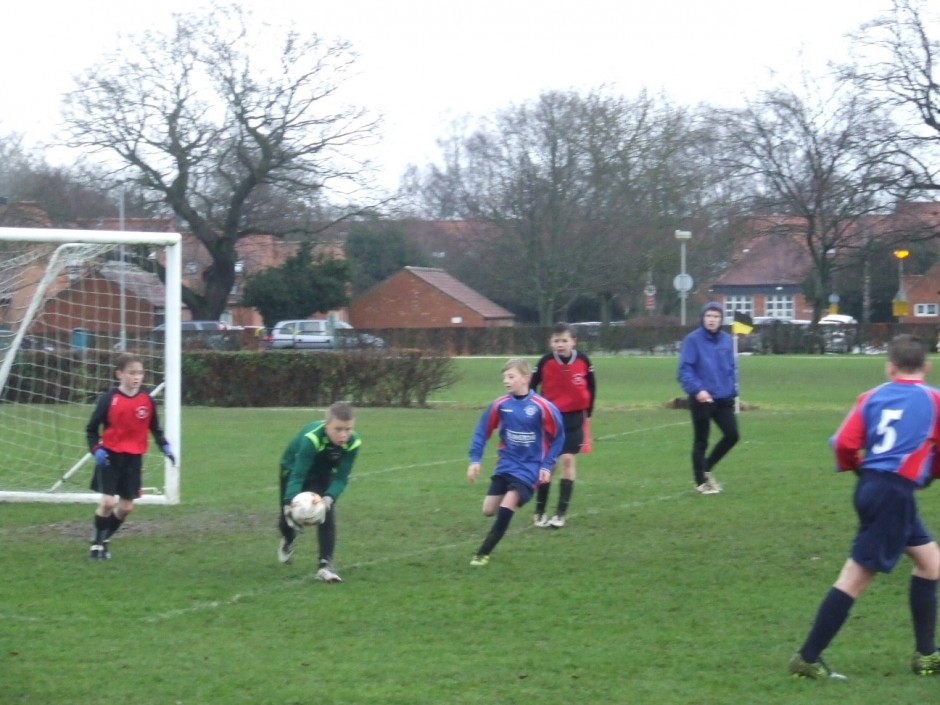 York U 12s penultimate league match V Scarborough was an outing to the sunny seaside town of Whitby.

With both teams unable to get into their stride, due to unnecessary hold ups, the match was a slow starter and didn’t really get underway until 10 mins in. York started to get some rhythm to their play, Tom Algar finding space and firing a fierce shot, bound for the top corner, and looking a certain goal when the acrobatics of the Boro keeper at full stretch, producing a magnificent save, somehow managed to parry the ball for a corner. Minutes later with Boro on the attack, York struggling to clear their lines, were punished by a sweet strike on the volley just outside the penalty area from a Boro player. The shot too strong for the inform Noah Ellis just managing to get an outstretched hand to the ball. 1-0.

Playing on such a narrow pitch didn’t suit York and searching runs from Dillon Meehan, Tommy Cahill and Ellis Cattaneo were canceled out by the Scarborough back four.

Chances were rare, and a through pass from Kaiden Butler found Cahill with a one on one with the keeper just pulling his shot agonizingly wide of the post.

Changes made, on came Harrison Cain, Oliver Tarbit and Cole Gales to make impressions on the visitors. The hosts were quick to close down, and stopping the visitors from playing their usual passing game. In a match where both teams were unable to get out of second gear, It was the York defense of, Will Hotson, Mathew Dawes and Tom Coy who were the busiest in this period. With the hosts on the attack, in came a low cross and rebounded off a York player into the visitor’s goal. 2-0

York were starting to create chances but, whether through their own lack of ruthlessness in front of goal or the resilience of the Scarborough defense, could not find the net.

In a match where both teams struggled to play any decent football due to the size of the pitch it was a day when both Keepers produced extraordinary performances when it mattered.