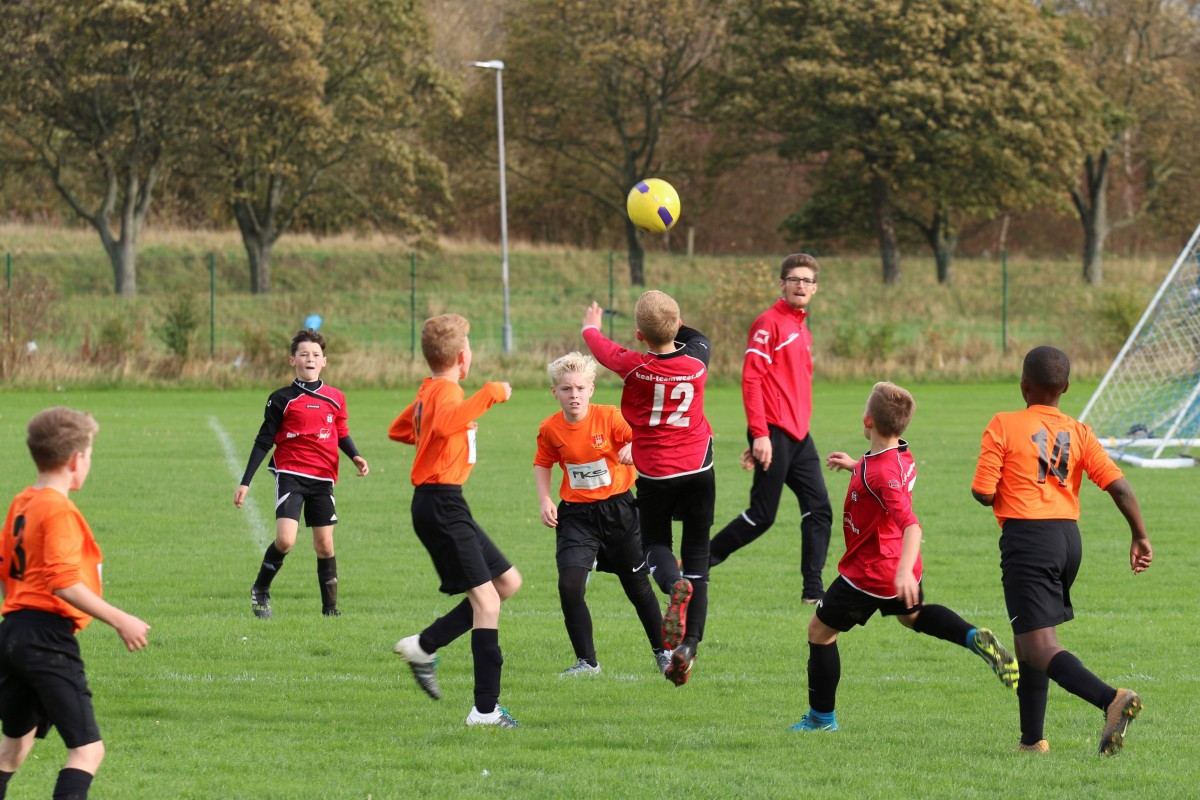 York & District U11s travelled to Stockton on Saturday in hope of maintaining their winning form.

The game began brightly with both teams looking offensively dangerous. As the first half wore on York started building pressure which eventually told. York captain Charlie Thompson hit a long range half volley which proved too strong for the Stockton goalkeeper.

York soon delivered their second goal which resulted from some positive attacking team play, and James Rennocks applied the finishing touch from his right wing position. With the game at 2-0 Stockton broke through York’s defensive line with a well-timed run and excellent pass, but York’s goalkeeper Jack Yates bravely thwarted the clear goal scoring opportunity.  Before the half came to a close right back Harry Fort hit a wonderful long range effort which would have made it three if it wasn’t for the crossbar.

Stockton started the strongest in the second half and got their just rewards with two early goals. Both were powerful strikes, the opposing skipper scoring one of them with a well-executed free kick.

York accepted this as a wakeup call and turned up their level of creativity in the final 15 minutes of the game, getting four more goals. Man of the match Leo Berriman, James Rennocks and Alex Widdup scored these with Widdup grabbing two.

Alfie Cresswell deserves a mention due to his very strong combative performance in the centre of midfield, he didn’t allow any opposing player time on the ball, and sprung a lot of attacks for York.

Harry Fort stepped into the team seamlessly and did himself proud performing solidly at right back. York were pleased with the final result of 6-2 but Stockton certainly highlighted areas where York can improve and look to further develop.

York travel to Leeds next week for what is expected to be their toughest game so far this season.