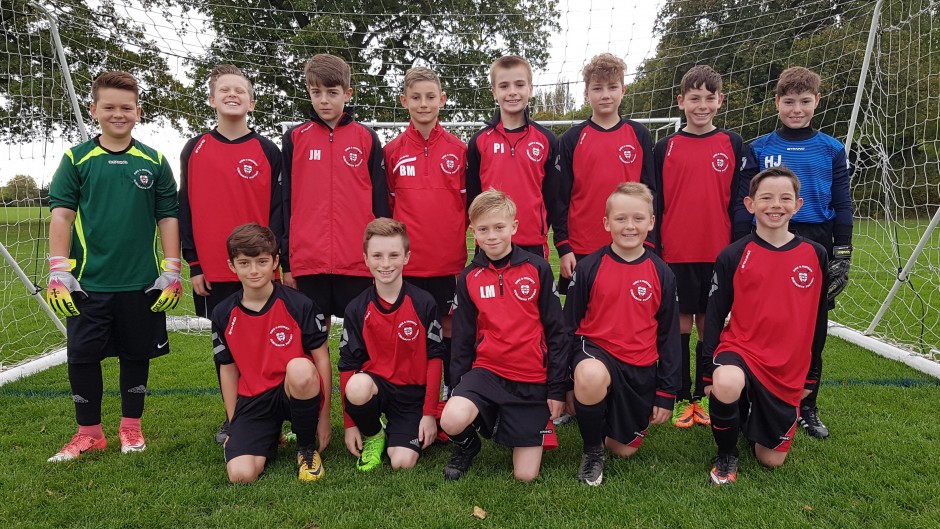 Following a well-deserved week off last week, York Schoolboys returned to action in a friendly against local rivals Leeds.

As usual York started the game with a high tempo, forcing Leeds to defend very deep. York created the first chance of the game when influential winger, Dan Gallagher cruised past the Leeds full back and cross for Ronnie Kelly to see his header just go over the bar. Within a couple of minutes York created another good chance when Dan Gallaghers corner was met by Kelly only to see his flick well saved by the Leeds keeper. York’s pressure finally told when Gallagher found Ben Myers whose long range effort, from just within the Leeds half flew into the net to give York a deserved lead.

York weren’t happy to settle with a one goal lead and were soon creating further chances with Paul Iggulden winning the ball in the middle of the pitch and cleverly finding Chris Pooley who broke down the left getting his shot away, only to see it go narrowly wide. York continued to create chances with the busy Liam Mainprize finding striker Ronnie Kelly who showed great feet to pass a couple of Leeds defenders only to see his shot produce a great save by the Leeds keeper. Towards the end of the period York doubled their lead when Ben Myers finds Ronnie Kelly out wide on the left, who turned the Leeds defender and finished in the top corner giving the Leeds keeper no chance.

The last couple of minutes of the first period saw Leeds come into the game and last-ditch tackles from Jamie Hudson and Adam Clarkson prevented the strikers getting their shots away. York keeper George Brown was called into action taking a brave catch from a Leeds corner whilst under pressure.

The second period began with some scrappy play, with neither side creating any clear-cut chances. It was Leeds who created the first opportunity with their first shot of the game been well saved by York keeper Henry Jackson. Leeds are now applying all the pressure, and forced another great save from Jackson. York’s best chance of the second period came through Chris Pooley who broke from the York half, taking the ball past two Leeds defenders, rounding the keeper squaring the ball only to see it cleared by the Leeds defence. The second period finished as it had started with York maintaining their two-goal lead.

With further changes been made at the start of the third period, York started the stronger of the two teams, creating numerous half chances which were kept out by the Leeds defence. York then produced a superb flying save from the Leeds keeper following Frazer Clarkes first time shot. With York now controlling the game they completed their victory when Ronnie Kelly is played in, beating three defenders and curl his shot into the far corner of the goal giving the impressive Leeds keeper no chance making the final score 3-0 to York.

This was another impressive performance from a great squad of players, there were great performances throughout the squad today, the keepers and defenders have managed to keep a clean sheet for consecutive games, and the midfielders and forwards continue to produce controlled, fast, exciting and entertaining football.

Man of the match today goes to Ronnie Kelly not only for his two fantastic goals.