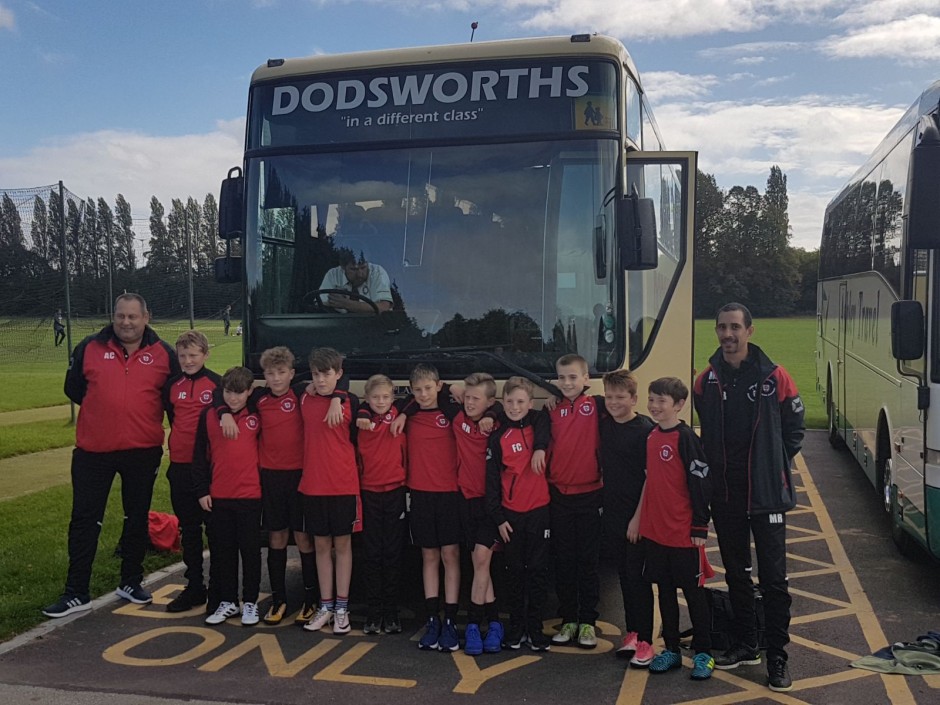 York Schoolboys Under 12’s returned to league action today with a home fixture against Barnsley.

York kicked off the first third and were soon on the attack down the right flank with Dan Gallagher racing past the Barnsley full back to deliver a cross which evaded the advancing York forwards. As the first period progressed, Barnsley started to grow into the game and kept York pinned in their own half, fortunately for all the Barnsley pressure they couldn’t create a clear-cut scoring opportunity thanks to resolute defending from the three York defenders Jamie Hudson. Paul Iggulden & Ben Myers. After weathering the early pressure York sprang into life on eight minutes following a throw in which Liam Mainprize crosses to Dan Gallagher who’s effort hits the bar. From the resulting goal kick York took the lead with Liam Mainprize winning the ball from the Barnsley defender playing in striker Ronnie Kelly who fires the ball into the bottom corner. York were now in charge of the game with further chances falling to Paul Iggulden following a driving run from defence and Chris Pooley whos shot goes narrowly over, but the score remained 1-0 as the first period came to a close.

The second period started with York applying the early pressure and soon extended their lead when the Barnsley keeper played his goal kick straight to Fraser Clarke who slotted the ball past the keeper at his near post. The lead was soon extended further when Adam Clarkson plays a defence splitting ball to Dan Gallagher who confidently finishes first time into the bottom corner to make it 3-0. Dan Gallagher soon doubled his tally for the day with a back post header from a Ben Myers cross. York were now camped in the Barnsley half and soon extended their lead when Liam Mainprize shot from the edge of the box is slightly deflected to make the score 5-0 at the end of a very impressive second period.

In the third period York continued to create further chances without any early success, until Paul Iggulden played an accurate crossfield ball to Chris Pooley who took the ball down brilliantly, only to see his shot well saved by the Barnsley keeper. York completed their scoring for the day when Ronnie Kelly met a Chris Pooley corner at the far post to make the final score 6-0.

This was a great all round performance by the whole team, with great performances all over the pitch and numerous players deserved the man of the match award, a special mention this week goes to Dan Gallagher who was outstanding, but this weeks award goes to Adam Clarkson who consistently continues to dominate the middle of the pitch.