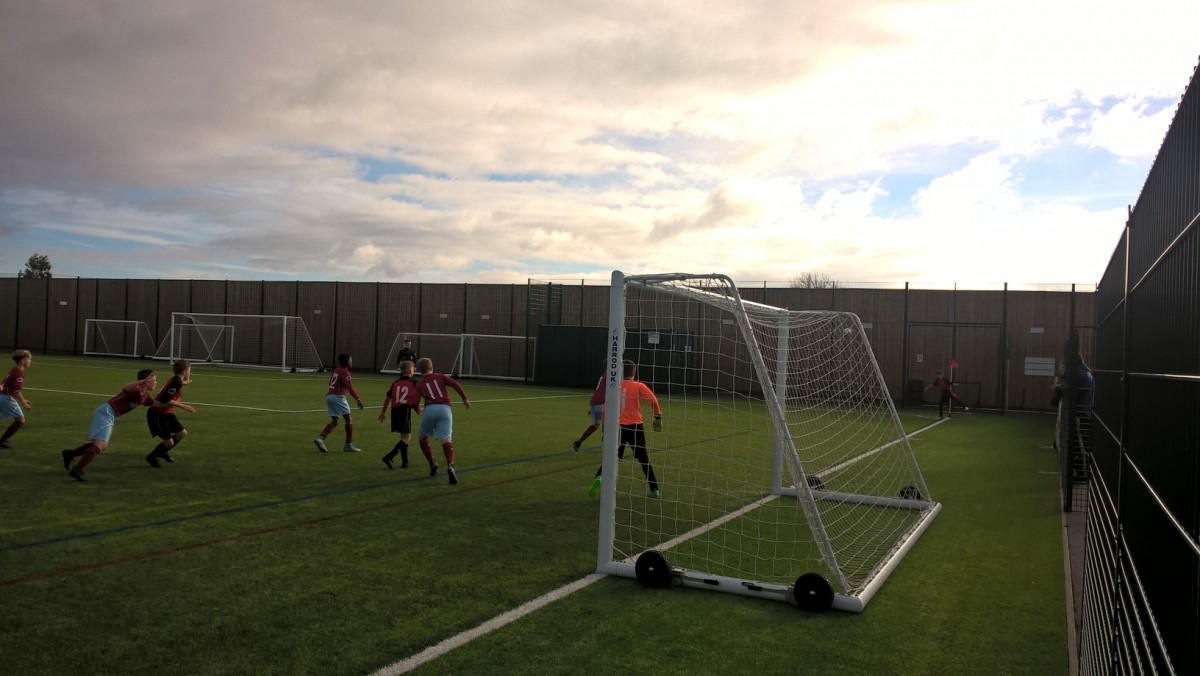 This Saturday, York Schoolboys U12’s entertained Warmsworth Lions from Doncaster in a friendly.

This friendly fixture allowed the management team to mix things up a little and experiment with players in different positions.

As always York started strongly and were soon applying pressure to the Warmsworth defence, with Jamie Hudson going closest in the opening minutes when his shot was blocked by the defender. York continued to creates chances, with the next opportunity falling to Liam Mainprize who latched onto Ronnie Kellys through ball, only to see his shot well saved by the Warmsworth keeper. The constant pressure eventually payed off when Jamie Hudson’s pass split the defence wide open, finding Ronnie Kelly who runs into the area and is tripped while taking the ball round the keeper resulting in a penalty to York, which was thumped home by Kelly to make the score 1-0. York continued to apply the pressure and were unfortunate not to extend their lead before the break when Chris Pooley’s shot goes narrowly wide of the post.

The second period starts with York creating further chances, with Adam Clarkson shooting narrowly wide from the edge of the box. The opposition were now camped within their own half and were limited to the occasional break which was calmly dealt with by the impressive York defence. York were then awarded a free kick on the half way line which was delivered into the area by Paul Iggulden, the ball was met by the head of Ronnie Kelly who guided the ball into the top corner or the net. York’s lead was extended further following good work from Ben Myers who found Ronnie Kelly, his first time flick sets up Frazer Clarke to hit a fantastic strike from the edge of the area into the bottom corner to make the score 3-0 at the end of the second period.

The third period was again dominated by York with further chances falling to Ronnie Kelly, Liam Mainprize, Chris Pooley and Adam Clarkson, but all attempts were foiled by either good defending of fine saves by the opposition goalkeeper.

In the dying moments of the game York conceded a free kick which was dispatched into the top corner of the net, giving York goalkeeper Henry Jackson no chance, making the final score 3-1 to York.

Man of The Match – Adam Clarkson