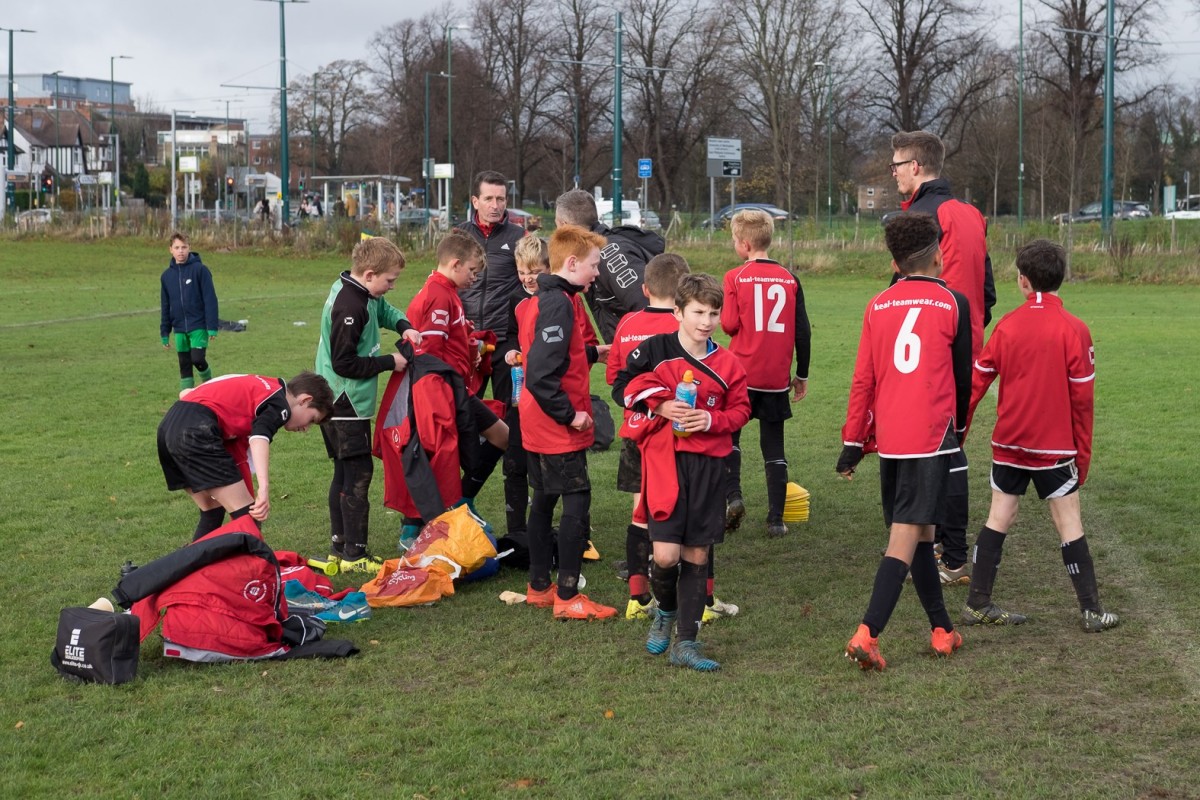 Up until last Saturday the new cohort of U11s were unbeaten in the league as their predecessors had managed to do for the whole of last season. The fantastic run spanning over two seasons was abruptly ended by a strong Leeds B side who deserved their victory.

York started the brighter of the two teams and spent a lot of time in the Leeds B half, nevertheless Leeds B always looked dangerous on the counter attack. On the ten minute mark Leeds B broke away and delivered a great cross from the right hand side which unfortunately resulted in a York own goal.

The remainder of the first half ebbed and flowed with both teams creating the odd half chance. York’s best first half chance came from Arthur Jefferson-Hallett’s long distance shot which was well stopped by the impressive Leeds B goalkeeper. Just before the half time whistle Leeds B broke away again but Will Hobson’s well executed challenge stopped the Leeds B striker progressing any further.

York hoped to come out of the blocks fast in the second half, but credit to Leeds B they looked the better team and looked the most likely to get a second. That second soon came, a disappointing York free-kick was cleared by Leeds B and their striker scored an impressive individual goal. York then desperately tried to claw themselves back into the game but Leeds B defended solidly.

York did manage to create a few goal scoring opportunities, James Rennocks’s strike was well saved by the keeper’s leg and the others were fired wide by York players. The game finished 2-0 to the visitors who possessed quality and were extremely well organised.

York’s man of the match was Kiam Browne who defended excellently and showed great desire to win his individual dual.

York will look to bounce back from this disappointing performance and hopefully grow as a team from the experience.