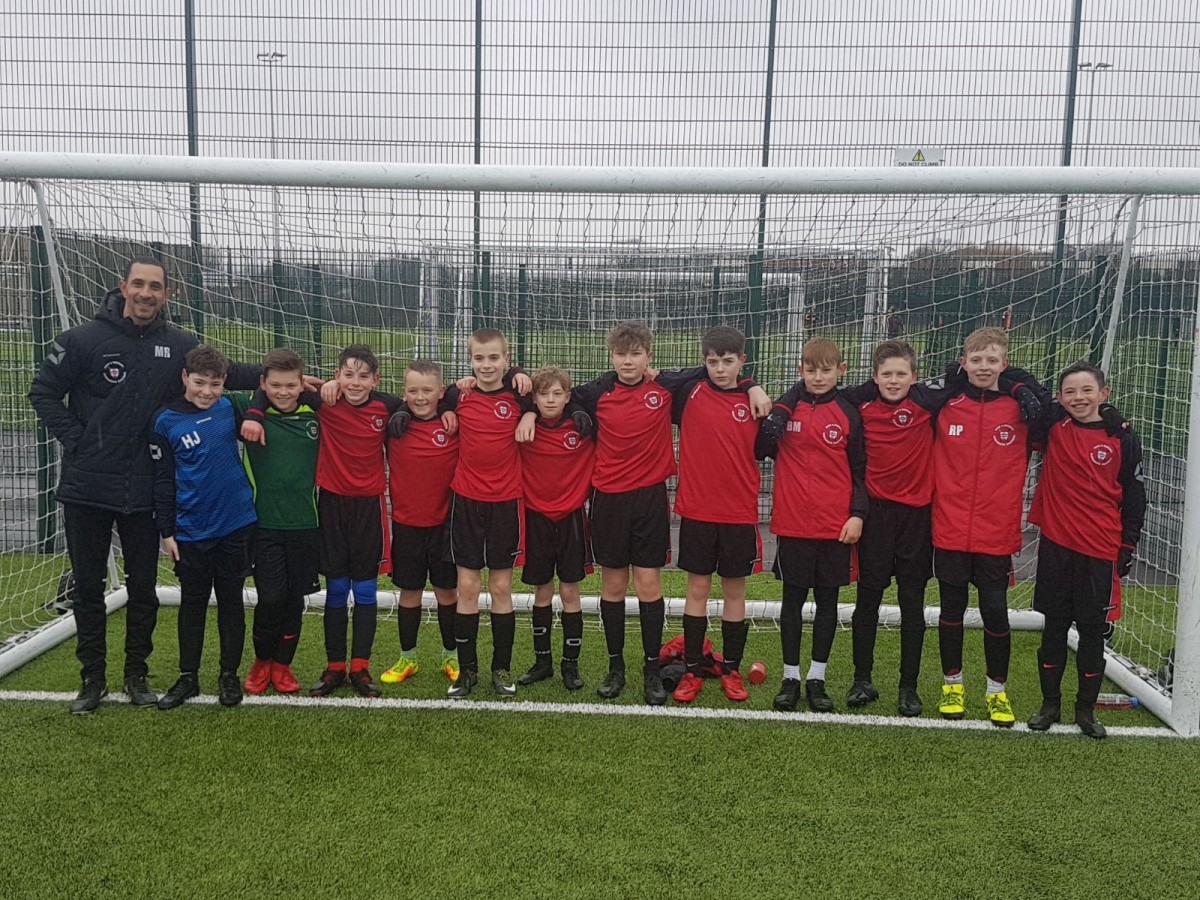 Having beaten Leeds 5-1 in the Quarter Final, York now faced another big City rival in the Semi Final of the Michael Dale Trophy, with a trip to Sheffield.

In the early stages both teams were cautiously sizing each other up, like two heavyweights in the opening round of a World Title Fight.  Sheffield looked to keep things tight, with their novel 2-5-1 formation, and their Central Defensive Midfielder playing a very disciplined role protecting the two centre halves,

The first half chance of the game came after 10 minutes when a good passing move from Sheffield saw them work the ball to the right hand edge of the penalty area, but the long range shot was well saved by Henry Jackson. York’s first effort on goal came after 12 minutes, when Ben Myers broke down the left and hit a left foot shot from 25 yards that was well saved by the Sheffield keeper.

On the 15 minute mark, Sheffield put another good move together, that led to a good cross from the right, but the Sheffield striker’s shot went past the near post. It was Ben Myers again, with York’s next shot on target.  York were awarded a free kick 25 yards out.  Ben curled the ball towards the top corner of the net, but the Sheffield keeper made a great diving save to turn the ball out for a corner.

After 22 minutes, Sheffield were very unlucky not to take the lead.  Their striker managed to find a small pocket of space in the left hand channel and broke into the penalty area and unleashed a tremendous left foot shot that slapped against the underside of the bar and bounced away to safety.

It was York however who took the lead after 25 minutes with a ruthless piece of counter attacking football.  The ball broke to Dan Gallagher about 40 yards out.  He played the ball down the inside right channel into the path of Ronnie Kelly.  Ronnie’s run attracted the attention of the two centre halves and with back to goal and one touch, he flicked the ball with the outside of his foot between the two centre halves, where Liam Mainprize was making one of his trademark, “where did he come from” Deli Ali type runs into the penalty area.  As the Sheffield keeper advanced off his line to narrow the angle, Liam swept the ball past him into the bottom corner of the net. Pass-Pass-Goal.  Just. Like. That. 1-0 YORK!

Sheffield nearly hit back straight away when a Sheffield midfielder put in a good left wing cross to the far post which was met by his teammate and he was again unlucky to see his shot hit the post.

York went back down the other end and Reuben Pugh played the ball out to Ronnie Kelly on the left wing.  Ronnie got beyond his marker near the corner flag and cut in down the dead ball line.  A Sheffield defender looked to get across and cut out the danger, but as Ronnie pushed the ball past him, he had his ankles clipped and he was brought down for a penalty.

Paul Iggulden stepped up to take what must have been a high-pressure penalty at a pivotal stage of the cup tie and with the majority of the spectators watching from behind the goal he was kicking towards.  Paul however showed no nerves as he confidently despatched the penalty to put York 2-0 up.

Sheffield weren’t finished and pushed forward in search of a goal that could get them back into the cup tie.  However York’s defence stood firm, with Jamie Hudson in particular making some great tackles and interceptions.

With 10 minutes to go, York got the goal that would surely clinch their place in the final.  A long pass from Ryan Evans sent Ronnie Kelly through on goal, but he was brought down just outside the penalty area.  Ronnie picked himself up to take the free kick and was faced with a defensive wall, a defender on the line covering one corner and the Sheffield goalkeeper looking to cover the other corner.  Ronnie hit a sweet strike from 20 yards that rocketed into the bottom corner of the net, beating the keeper with pure pace.

Sheffield kept pushing forward right until the end, but Dylan Jones was making some key tackles and interceptions to ensure York finished with a clean sheet.

Man of the Match – Paul Iggulden – Paul is part of a great York defence, who along with Dylan Jones, Ryan Evans, Jamie Hudson and Ben Myers present a formidable defensive wall to any opposition.  Its great to watch a group of defenders who head balls that needed to be headed, love a tackle, but can also pick a pass when the ball is at their feet.