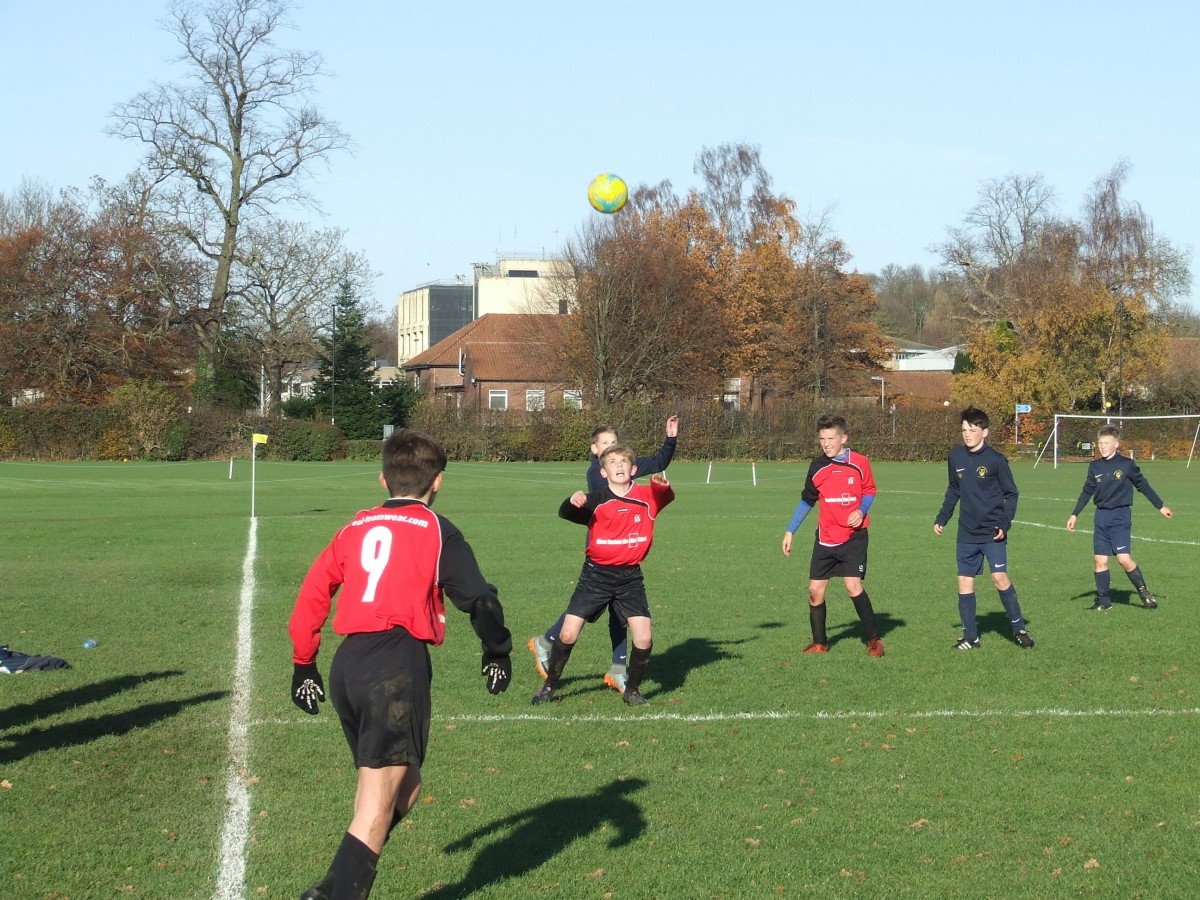 YORK SCHOOLBOYS U13s were still to find their feet again since the Christmas break, but were hoping to get back on track with a trip away to Wakefield in the cup.

The first half began brightly for York with them creating a handful of chances, falling to the York frontline of Tommy Cahill and George Harrison, after some impressive work down the left hand side with newcomer Owen Dunkley – however York were unable to convert. York turned out a very dominant first half performance, with pressure being applied constantly. More chances fell York’s way, with Kieran Clayton and Tom Algar both testing the Wakefield goalkeeper from distance. It was looking like a quiet morning for goalkeeper Noah Ellis, and the back four of Tom Coy, Will Hotson, Tom Algar and Jack Maeer. Eventually, the breakthrough came and it came in style – a cross from Matthew Dawes was converted superbly by Cole Gayles, who guided the ball home on the volley into the top left hand corner, leaving the home sides goalkeeper with no chance.

As the second half begun, it appeared York were potentially becoming complacent, allowing the home side far too much time on the ball, and letting their target man centre forward dictate play. The pressure was increasing and midway through the second half the pressure proved too much and Wakefield levelled it up with a goal from close range after good work from their left winger, 1-1. This really gave Wakefield confidence and they continued to pour forward at will – and it soon become  2-1. The Wakefield forward picked it up on half way and was allowed to run past numerous York players before drilling the ball into the back of the net.

Fortunately, this woke York up again and they started to get more of a foothold in the game again, Nathan Heaton began to control the play for York in the middle of the park, along side Ellis Cattaneo, who was finding some key balls in behind the Wakefield defence, and it was Maeer’s through ball that created York’s equaliser after Cahill was slotted through on goal. He took one touch before curling a lovely effort into the far corner, 2-2. With extra time now looking likely and energy levels looking low there was one final twist, a fateful one for York. Again, the Wakefield forward was given too much time and respect on the edge of the box, and obliged by thumping in his, and Wakefield’s, 3rd goal of the game.

There was no way back for York, and in a game well and truly of two halves, it was Wakefield who progressed. The missed chances for York in the first half proved to be the difference in this tight encounter.