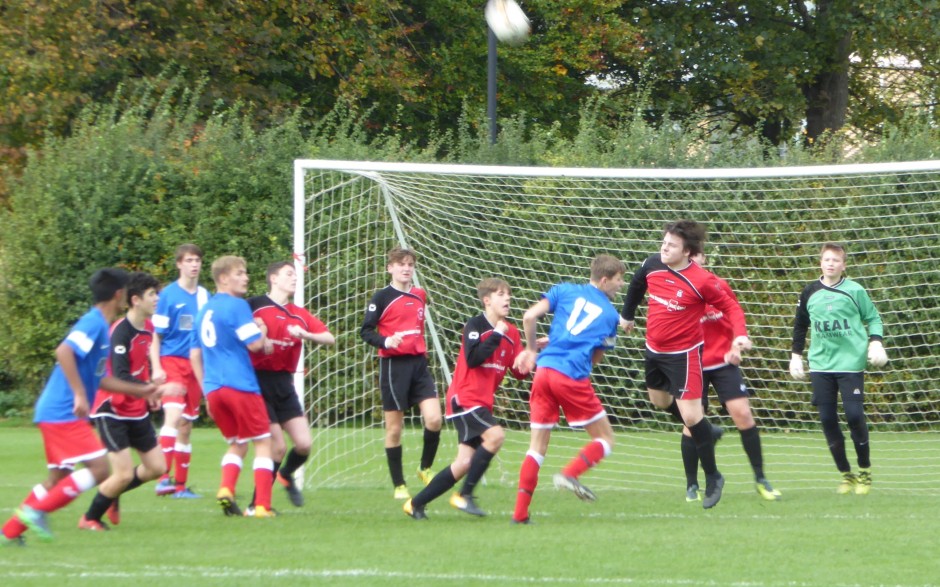 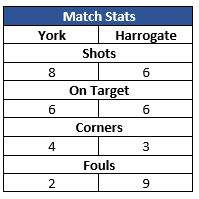 York U15s hosted Harrogate & Craven in the League in what was to be a definitive game of two halves, with York kicking off it was Harrogate who set the pace of the game gaining dominance early with an early cross field pass that the Harrogate striker finished of well from the edge of the 18-yard box putting the visitors 0-1 up in the 3rd minute.

Harrogate continued to dominate with Yorks midfield of Oliver and Stephenson and Jones’, Potter and Byfield in defence working hard to nullify the Harrogate attacks; but a second goal was inevitable and came in the 18th minute from the right wing with a cross for the striker to tap in from 5 yards, leaving York 0-2 down.

York started to get in the game forcing two corners in the 25th minute but were unable to make it count before Harrogate stunned York with another two quick fire goals in as many minutes just past the midway point of the half with the striker beating Goalkeeper Hodge at his near post and another when York failed to clear their lines putting the score at 0-4 with 29 minutes played.

York keeper Hodge, picking up an over hit through ball from the first attack of the second half, rolling it to Jones who found full back Roscoe Dawson on the left flank with space in front drove midway from the York half to the edge of the Harrogate penalty area releasing a fierce shot that beat the Harrogate keeper making the score 1-4 in the first minute of the second half.

It was now York dominating and creating chances as the Harrogate keeper made two great saves, within minutes of Yorks first goal, firstly from Ben Calum and then pushing Charlie Forts 18 yard drive round the post.  With York now in the ascendancy shots from Jones, White and Ledger found the Harrogate keeper in fine form as York pushed to close the gap on the visitors.  As York continued to push forward the Harrogate striker directed a header across goal from a break down the left wing by making the final score 1-5.

Managers Comments (Alan Oliver): Well done for coming out stronger in the second half,  competing in all areas of the field. You cut out all the mistakes that happened in the first half. They were a predictable team to play against as was evident in the second half. Let’s take that second half performance into our next game at home on 10th March.