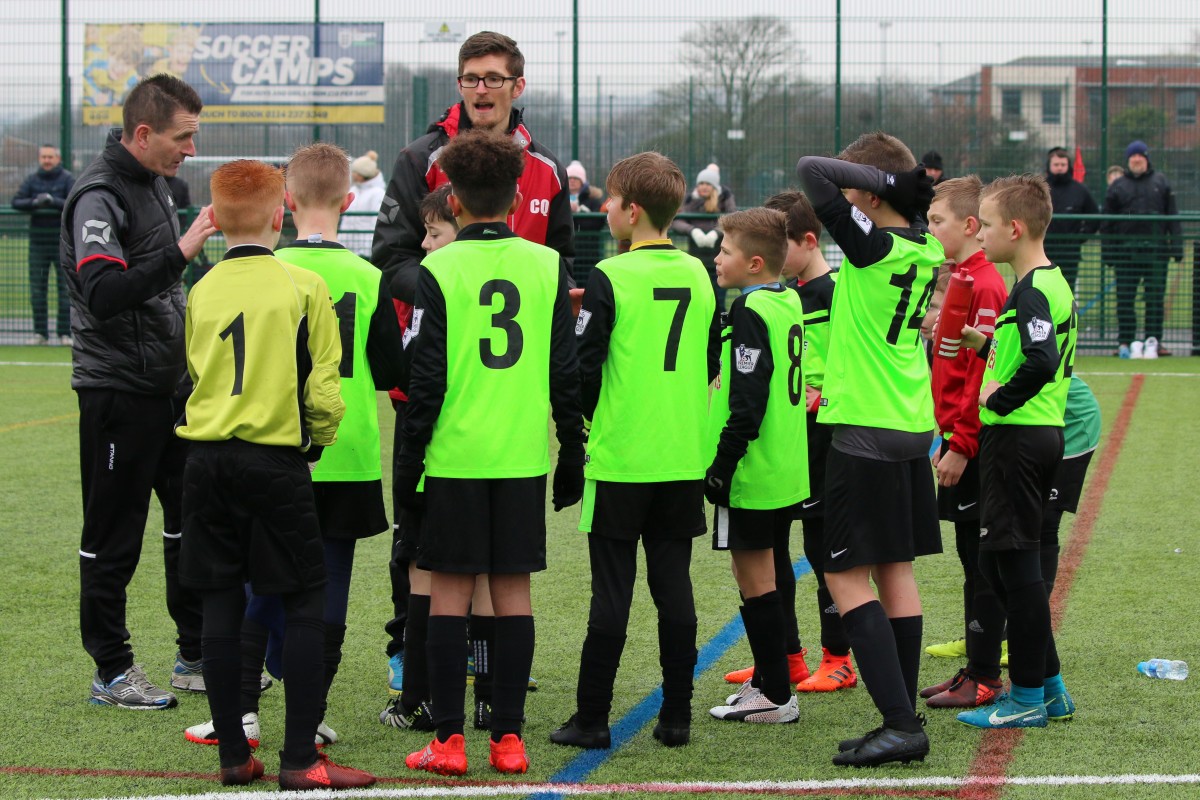 York U11s beat Liverpool on the way to winning a round robin tournament against strong opposition in welcomed sunshine.

York started the day in the best possible way by winning their first game against Leeds ‘A’ 2-1. Early on in the game James Rennocks rounded the Leeds keeper before slotting in at an acute angle. Soon after, the pacy winger, Adi Bajaziti put a wonderful through ball to Rennocks whose shot this time was saved. York looked organised and controlled the game with a solid back line of Kiam Browne, Arthur Jefferson-Hallet and Luke Woodhead managing to restrict Leeds’s chances. Against the run of play a long shot from the Leeds’s striker cannoned in off the underside of the crossbar. York responded in the best possible way by getting the winner. Fine interchange between Alex Widdup and Charlie Thompson resulted in Widdup clinically firing the ball into the bottom corner of the net to get the winner.

Buoyed by this win York then won their second game 2-0 against Leeds ‘B’. Leo Berriman and James Rennocks provided good crosses from wide areas and Alex Widdup coolly guided in his first of two goals in the match. Jack Yates and Jacob Bryant made some good saves and distributed the ball well to ensure a clean sheet and York’s second win.

Both Leeds’ teams had lost to Liverpool and conceded four goals apiece so York knew the task ahead of them if they were to get a result. York showed spirit and doggedness in a competitive last game played at a high tempo. Charlie Thompson and Alfie Cresswell won the central midfield areas forcing mistakes from Liverpool while supplying good balls forward. The excellent Luke Woodhead made some intelligent runs, dribbling the ball with purpose down the left-hand side whilst Adi Bajizit provided his best performance for York causing the Liverpool defence all manner of problems. Alex Widdup demonstrated a fine example of centre forward play to score his fourth goal of the tournament to go 1-0 up. Finally, Kiam Brown, capped a captain’s performance by stepping up to blast home a penalty when Rennocks had been brought down after a mazy run. York almost scored a third when the lively Will Hobson hit the crossbar from distance. Final score York 2 Liverpool 0.

York deservedly won all of their games with a rare win against Liverpool. This provided a dry run for the prestigious Carnegie Transpennine tournament on May 19th against Leeds, Wirral and Liverpool whilst York will also play Liverpool in the English Schools National 9-a-side competition at Liverpool FC’s Melwood Academy in June. In the meantime, York will enjoy their day in the sun.