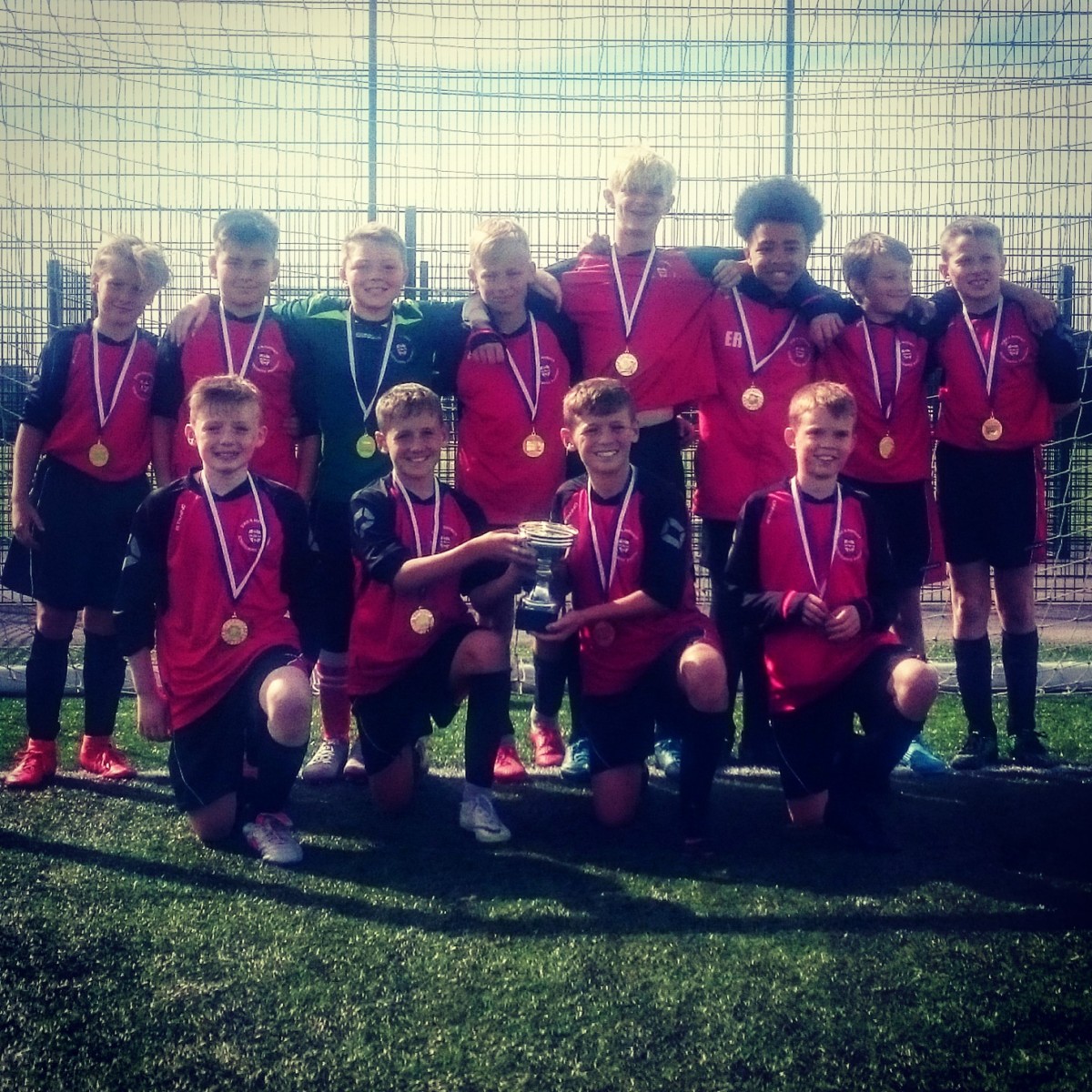 The U12s kicked of their season in style being crowned winners of the Sheffield Regional District Tournament.

Beating  Doncaster, Sheffield and Wakefield and losing to Bradford in the group games, setting up a semi final against Leeds, who they despatched 4 goals to 1.

The semi final win set up a final with Sheffield, who the had beaten in the group games 1-0.

However the boys played some tremendous football winning in the final 4-1.