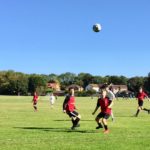 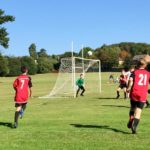 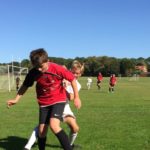 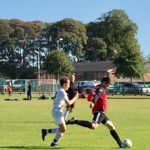 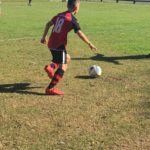 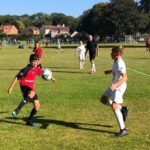 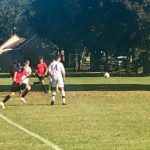 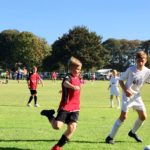 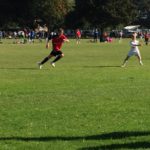 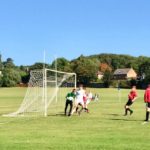 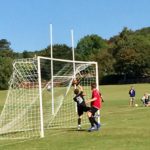 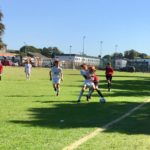 York got their season under way with a defeat at the hands of a strong East Riding side. East Riding began the game brightly and in their first attack of the game took the lead. York failed to clear a corner and the home team took advantage to score with a low shot. York struggled to get going and pretty soon found themselves two goals down. A long ball over the top caught out the away defence. Jacob Bryant blocked the initial shot but East Riding picked up the pieces to slot the ball home. 2-0. East Riding were dominant with York only managing the odd attack. On a couple of occasions, Adi Bajaziti beat the full back to fire over crosses but chances were limited.

East Riding soon went 3-0 up after a long-range strike found the top corner. Worse was to follow – a cross wasn’t dealt with, leading to a simple chance that was tucked away. 4-0 after 30 minutes. York, at last, lifted themselves and started to move the ball forward and play a bit. The half ended with good strikes from Joe Meek and Joe Thompson which both narrowly missed the target.

Second half and York looked a much better team. They got closer to the opposition and put them under pressure. In midfield, central pairing Leo Littlewood and Ben Whitehead started to impose themselves, Harry Fort was more aggressive, Ben Garbutt-Smith found space to attack and Cameron Wakerley was brought into the game. It was Whitehead who began the fightback for York, clipping a lovely shot from distance over the keeper’s head and into the net.

Gaining in confidence, York sensed that East Riding could be got at. They maintained the tempo, playing more of their football in their opponent’s half. Garbutt-Smith chipped the keeper for his team’s second and, shortly afterwards, he crossed for Thompson to finish with a diving header. 4-3 and York fancied it.

Everything was an improvement on their first half showing – stronger tackling, crisper passing and tighter marking leading to greater possession and more chances created. East Riding, however, were still a threat and York’s defensive unit worked hard to keep them at bay – Billy Hobson was composed, Jack Cottam and Billy Dickinson showed signs of a developing partnership in the centre; Jack Redman was strong and provided cover when called upon; Ben Armitage kept things tight in both the right back and left back positions; Seb Holowkiewicz found his range of passing before having to leave the action through injury. Individually, and collectively, they were solid and limited opportunities for East Riding to further extend their lead.

At 4-3, with the momentum with them, York had a good chance to level the score. A dangerous cross from the left bounced and evaded the East Riding defence but was headed just wide of the post by the onrushing Garbutt-Smith.

Unfortunately, York were then caught out at a free kick. A high ball came over from the right and was headed in to put the hosts 5-3 up and game pretty much over. There was still time for York to stage a couple more attacks which were dealt with by East Riding and Bryant to pull off a top-corner save from a late free kick.

York will no doubt reflect on what might have been, had they started the game with the same energy, desire and team-play that they demonstrated in the second half. Unfortunately, the damage was done in the first thirty minutes when they just didn’t get to grips with their opponents, allowing them too much time and space to dictate the game. They will learn from the experience and be better for it.

MOM : Ben Garbutt-Smith – pace; scored one and made one goal; a big threat for York in the second half.