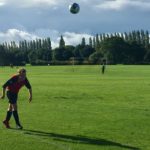 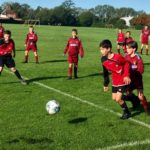 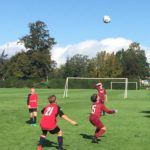 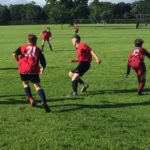 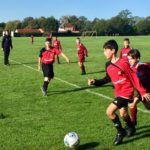 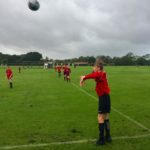 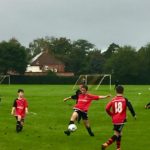 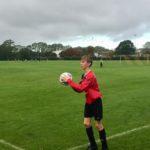 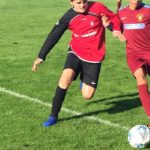 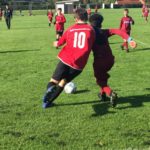 In their first home league game of the season, York played host to a strong, well-organised Sheffield side who were seeking revenge following a narrow defeat in the corresponding fixture last season.

Looking to put in a better first half showing than in their previous outing at East Riding, York started strongly, got about their opponents and worked hard to win and keep the ball in difficult, changing conditions. Jack Redman showed his quality and awareness in the holding midfield role, covering and intercepting to allow those in front of him the opportunity to push forward. Joe Meek, starting on the left, was a big threat for York. He beat his full back on a number of occasions, cutting inside to shoot or play balls in, but clear cut chances were limited.

Sheffield, passing the ball smartly, put York under a fair amount of pressure and were always a threat. Centre halves Jack Cottam and Billy Dickinson had to stick to their task, each of them making last ditch tackles during the half to keep the score level. Seb Holowkiewicz and Billy Hobson, in the full back positions, were solid defensively and looked composed on the ball. In a tight first half, Sheffield probably edged things with Jack Yates being forced to pull off a couple of saves. York had a chance to go into the lead late in the half, Meek latching onto a loose ball but shooting just wide. 0-0 at half time.

Sheffield caught York cold at the start of the second half. Two quick goals, the first following a cross and finish from the left, the second following a near post corner, put them 2-0 up.  The home team responded, closing down the Sheffield defence with more urgency to force errors and create opportunities. Ten minutes into the half and Joe Thompson had a shot blocked, Leo Littlewood sliding in the rebound to put York back in the game.

Sheffield raised their game again and were awarded a penalty following a foul in the area. Keeper Yates dived superbly to his right to push away the well struck penalty and York scrambled the ball clear. Sheffield, however, quickly regained possession, played the ball back in from the left and extended their lead with a header. 1-3.

York came back. Ben Whitehead probed from midfield, Harry Fort worked hard to cover the ground in the middle of the park, Ben Armitage tackled and fought, Adi Bajaziti showed his pace and skill down the left-hand side. With around ten minutes remaining, Cameron Wakerley, out on the right, worked hard to close down and dispossess the left back. He made his way forward and set Thompson up, who finished with a tidy strike to make it 3-2.

Sheffield’s pace on the attack and quality in the final third was to prove decisive, though, and they scored a fourth goal to put the game out of reach of York. With a couple of minutes remaining, further York pressure led to an opening for Armitage – his curling strike just clearing the bar.

Although disappointed with the result, York should be very pleased with their determined, hard working first half performance. They will take confidence from the chances they created and the pressure they were able to exert throughout the game on a talented, well-organised Sheffield team which contained a large number of league academy players. A York squad that contains eight additions to last season will naturally take time to settle, gel with one another and get to know each other’s game. They will be stronger for the experience and improve and develop as a team as a result.